Only focus on service delivery will find favour for ANC

By The Times Editorial 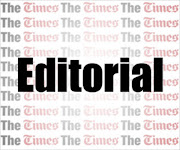 Bleeding support to the Left and Right in the run-up to the 2016 local government elections, and facing increasingly strident criticism of its record in government, the ANC will evoke the Freedom Charter to shore up its constituency.

It is likely that President Jacob Zuma will, when he delivers his "January 8" address tomorrow, draw heavily on the charter as he charts a path for the country for the next year.

For decades, the Freedom Charter was the guiding light of the party as it sought to liberate South Africa from apartheid, but the world today is a very different place and the ANC has been savaged by its left-leaning critics for abandoning the charter for ''new-liberal'' policies.

Reconciling the precepts of the Freedom Charter - including the demand that ''the mineral wealth beneath the soil, the banks and monopoly industry shall be transferred to the ownership of the people as a whole'' - with the government's National Development Plan, our growth blueprint to 2030, is an impossibility.

For one thing, the NDP envisages large-scale private sector investment to drive economic growth in excess of 5% a year to make significant inroads into unemployment, poverty and inequality.

Zuma is likely, however, to emphasise the need to speed up the land reform process and the state's infrastructure programme as a means of kick-starting economic growth. With the local elections in mind, he is also likely to stress the need for improved service-delivery, particularly at municipal level.

It seems unlikely that mere pledges will be enough to stem the loss of support to the Economic Freedom Fighters or counter the threat posed by a workers' party spearheaded by the National Union of Metalworkers of SA.

Only better governance, improved services to the poor and a genuine crackdown on corruption will do that.