Bafana in the Lions' den 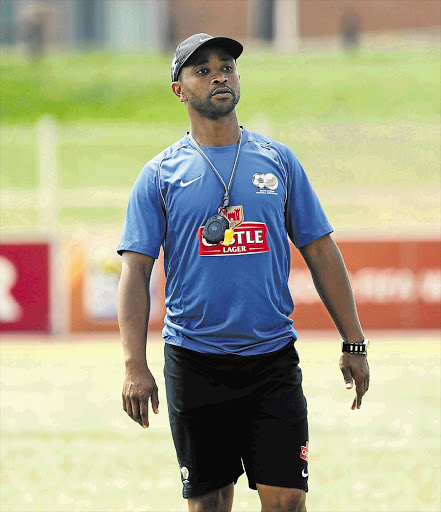 LEARNING CURVE: Thabo Senong is a coach who has not played at the top level
Image: BACKPAGEPIX

Senegal, a team with impressive credentials and a strike force as lethal as the lions they are named after, stand between Bafana Bafana and glory tonight.

The clash against the Lions of Teranga offer South Africa a chance to redeem their now tainted image back home following Monday night's 3-1 defeat by Algeria in their Group C opener.

The Lions conceded one goal in six qualifying matches for this Africa Cup of Nations tournament.

Bafana need a win at the Estadio de Mongomo tonight to avoid packing their bags early.

Tokelo Rantie's squandered penalty naturally came up. "We had a lot of anxiety after we missed the penalty," Senong said.

The reaction from South Africans was emotional, especially given how Bafana raised their expectations when they qualified for the Afcon - they were unbeaten in six matches.

"Players like Sibusiso Vilakazi, who are playing in their first Afcon, have learnt valuable lessons, like when is the right time to shoot.

"Sometimes our strengths become our weakness with our players. The passing game is so smooth but when we get into the box we just forget that it is time to shoot."

He will be vital to blunt the Senegalese strikers - Moussa Sow, Pappis Cisse and Mame Diouf - who can tear any team apart.

There also remains the question as to whether Mashaba, often one to dismiss talks about the opposition, has done his homework.

While his men enjoyed the lion's share of the possession, ultimately giving it away to lose 3-1, Mashaba and his tactical team did not react when Algeria made two changes just after the hour mark.

Bafana were riding high on the wave of optimism coming into this Afcon, but on Monday night, it seemed they were back to their old ways - creating chance after chance, but failing to score.

Apart from the Lions' lethal strike force and their obvious advantage when it comes to set pieces because of their height and size, their defence is the part of their game that has really stood up.

After Monday's 2-1 win against Ghana, Senegal now know that another win guarantees their place in the quarterfinals.

It could be curtains for Bafana if they fail to win the match, with their final group match against Ghana on Tuesday becoming a dead-rubber.