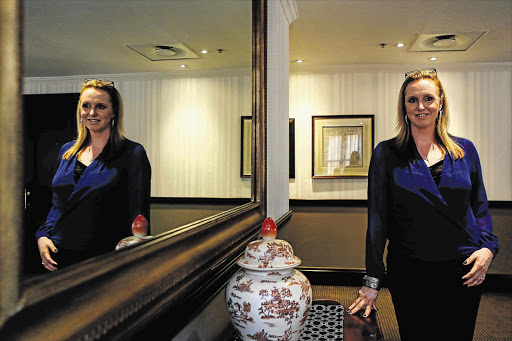 REFLECT ON THIS: An immunotherapy drug for advanced melanoma saved Melissa Taylor's life after she took part in a clinical trial. It has been approved for use in South Africa
Image: MOELETSI MABE

After 18 chemotherapy sessions failed to stop the spread of her deadly skin cancer, Melissa Taylor, of Johannesburg, was told she had six months to live. She was 34 and had a four-year-old daughter.

That was in 2006 and Taylor made peace with the fact that she was dying from stage-four melanoma. She cashed in her life insurance policy and travelled to Disney World in the US with her family.

On her return, oncologist Daniel Vorobiof, director of the Sandton Oncology Clinic, enrolled her in a clinical trial of an experimental drug for advanced melanoma.

She was the first South African accepted into the global phase-three clinical trial.

Nine years later Taylor is cancer-free and the drug has been hailed as a significant breakthrough.

The treatment became available in South Africa yesterday after being approved by the Medicines Control Council for stage-four melanoma.

The drug, known locally as Ipilimumab, does not target and kill cancer cells as chemotherapy and radiotherapy do.

Instead, it harnesses the body's own defences and tells the immune system to fight the cancer.

Taylor had four infusions of the immunotherapy drug, developed by Bristol-Myers Squibb.

Four infusions cost between R240000 and R1-million, depending on the size of the patient and amount needed.

It is too early to know whether medical aid schemes will cover the cost of the treatment.

Bernado Rapoport, an oncologist in Rosebank, Johannesburg, said immunotherapy was a completely different way of fighting cancer and offers "new hope" of beating the disease.

New immunotherapy treatments for other cancers, including lung cancer, are expected within five years.

The survival rate of Ipilimumab patients with stage-four melanoma is about 25%. Without the treatment, it is nil.