Windies just not much of a challenge 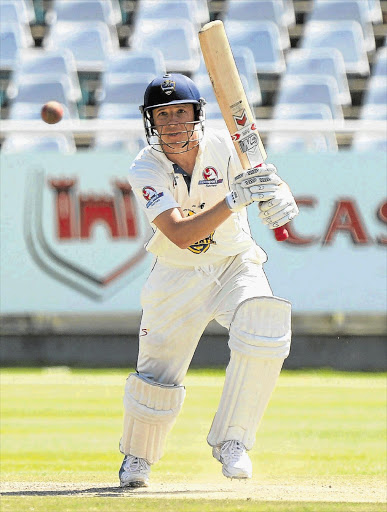 Two West Indians walk into a bar. Whatever happens in that story from there, it cannot be as big a joke as the visitors have become on their tour to South Africa.

And, said former Test batsman Boeta Dippenaar, their ineptitude will affect how the Proteas measure their readiness for the World Cup, which for AB de Villiers's team starts with a match against Zimbabwe in Hamilton on February 15.

"The unfortunate thing is that the opposition does not allow us to test what we need to still fine-tune," Dippenaar said yesterday. "They are just not strong enough."

The Windies went down fighting in the Test matches, which the Proteas won 2-0, and were clearly a better team than the weakened home side fielded in the T20s, which the visitors claimed 2-1. But, having left the experienced Kieron Pollard and Dwayne Bravo out of their one-day squad, Jason Holder's team has been mournful in the 50-over games. SA have already won that series - they are 3-0 up with two matches to come.

The Windies sank to their lowest ebb in South Africa in East London on Wednesday, when they were shot out for 122 on a flat pitch. The Proteas won by nine wickets with more than 25 overs to spare.

What disasters might befall the battle-bruised West Indians at St George's Park on Sunday and at Centurion on Wednesday can only be wondered at with concern.

Conversely, what skills are the macaroons in maroon preventing South Africa from gauging?

At Kingsmead on Friday last week, West Indies were dismissed in 3.4 overs before the scheduled end of their rain-shortened innings and 61 runs short of the target. They never challenged their target of 440 at the Wanderers on Sunday, and were limited to 291/7.

On Wednesday, the West Indian batsmen were almost as successful at discarding wickets as South Africa's attack were at taking them. In all three games, pressure on SA bowlers was negligible.