Students use inflammatory language ahead of sit-in protest 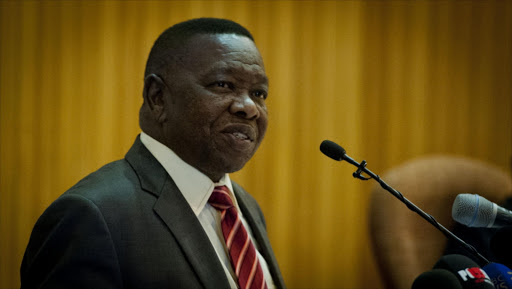 Up to 2,500 disgruntled students are expected to take part in a protest led by the Wits Student Representative Council outside the Higher Education department offices on Monday.

This comes after the R179-million allocated to the university by the National Student Aid Scheme Fund was insufficient to fund over 2,000 students who applied, but were excluded from the 2015 academic year.

Wits SRC President Mncebo Dlamini said the students plan to occupy Minister Blade Nzimande’s offices until he declares the lack of funding for tertiary education a “crisis” and “comes up” with a possible solution to the problem.

“This is the single biggest allocation, but we know that it cannot be enough in the context of ever-increasing numbers of students who are from needy families every year,” said Nkwanyana.

Dlamini said the protest will go ahead, though no formal application was made to the Tshwane Metro Police Department, who authorise protests in the city.

“We don’t need permission from anyone. We are not planning a wedding where you need permission. This is a protest of 2,658 angry students,” said Dlamini.

Dlamini also said that he could not guarantee that the protest would not turn violent because students were angry, and he had no “power or control” over their anger.

“We are going to sleep there and make a fire at night. If the fire catches onto the building because of the wind, it’s not our fault,” said Dlamini.

However, Tshwane Metro Police acting spokesperson Kuki Tshabalala said the protest would be declared illegal as no formal application had been made to get permission.

“It will be an illegal protest. The SA Police Service public order policing will open a case against the convener of the protest,” said Tshabalala.