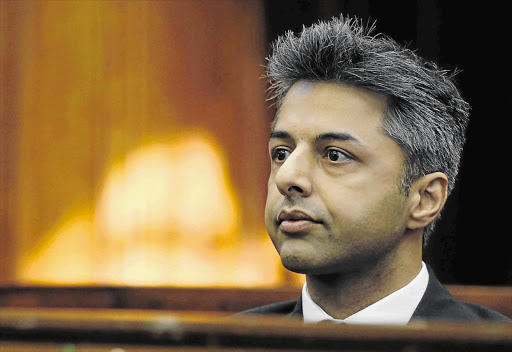 WHITEWASH: Shrien Dewani could get a lifeline with a convicted criminal's testimony this week
Image: REUTERS

Shrien Dewani, the British businessman acquitted of murdering his wife, Anni, on their honeymoon in South Africa, might face further questions, this time from a coroner in the UK, it has emerged.

Dewani, 35, was accused of paying a taxi driver and two hitmen to kill his wife in a staged carjacking in November 2010. It was alleged that he was a homosexual who wanted to get out of his marriage.

He fought extradition to South Africa for three years on mental health grounds but was extradited in April. His trial in Cape Town collapsed in December without him testifying.

But now a coroner in north London has indicated that he might reopen the case.

Andrew Walker is the former Oxfordshire coroner who presided over scores of inquests into the death of British servicemen and women in Iraq and Afghanistan.