I never intended to kill his penis I was just angry: Mpumalanga acid attack girl 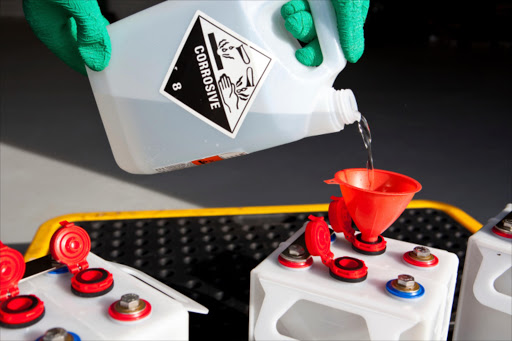 A 17-year-old Mpumalanga girl who poured acid on her boyfriend's genitals to punish him for distributing a pornographic video he made of her without her knowledge, has blamed anger for her actions.

"I never intended to kill his penis. I was just angry and all I wanted was to make him feel the pain I was feeling," she told a Sapa correspondent.

"I heard about the video from one of my classmates and I thought that they were joking, but then I saw the video myself and lost my mind."

The girl, whose name is known to a Sapa correspondent but cannot be published because she is a minor, attacked Humphrey Khoza, 25, with battery acid while he was drinking beer with friends at a tavern in Cork village, near Hazyview, on January 17.

She said Khoza had tricked her because she was not aware he was not using a condom or that he was filming them.

"I had to do something to show him that I was angry and wanted to hurt him so that he can see that he messed with the wrong girl," she said.

She searched in her father's tools for a wheel spanner she could use to teach Khoza a lesson.

"While I was searching I came across an old acid bottle. I took it and went straight to his regular drinking place and when I got there I became angrier. I didn't hesitate to pour the acid on him," she said.

Khoza, who had no problem with his name being published, but asked not to be photographed, said he had been dating the girl since December.

"Everything happened in a blink of an eye because I saw her when she was coming with a bottle, but I didn't realise that she was carrying acid. She just angrily called me a dog," he said.

"She asked how in the world I could have done such an evil thing to her. It was only then that I realised that she was talking about the video that I took while we were having sex."

In the video, Khoza is seen pushing the girl, in her school uniform, onto a bed. He added that the sex was consensual.

"We agreed to have sex, but she was not aware that I was filming the sex using my laptop computer. I did not intend to show anyone the video and I still don't know how it got onto social media," he said.

The remorseful Khoza added that although his penis would never work again due to the damage caused by the acid, he was lucky to be alive.

He said he was advised to press charges against the girl, but does not see the point.

"Even if I press charges it is useless because it won't bring back my manhood. Her being in jail will just ruin her future because she is still young and I do not have the energy to attend courts," said Khoza.

He now has to urinate through a tube and has to undergo surgery.

The girl said she was also considering pressing charges relating to his creation of pornography.

According to the Film and Publications Act, child pornography is defined as "any image or any description of a person, real or simulated, who is, or who is depicted or described as being, under the age of 18 years, engaged in sexual conduct".

When asked for comment Calcutta police said they would open a case if either of the two came forward.