The tell-tale signs of telesales 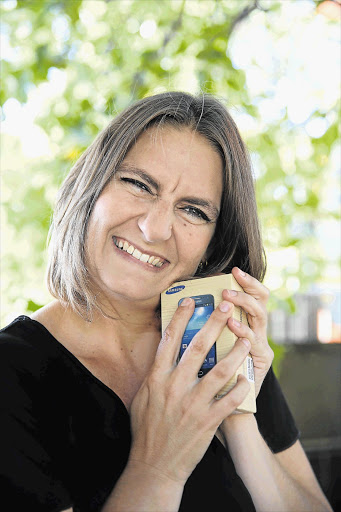 VICTORY: Odette Swift and the new phone she was given, excess-free

The law is an ass.

That line, popularised by Charles Dickens's Oliver Twist, sprang to mind a few years back when I discovered that, while the Consumer Protection Act compels companies to provide customers with a copy of a written contract and all its terms and conditions, or "free access" to it, when it comes to telesales, the act compels companies only to "keep a record of transactions".

Not a word about making that record available to the consumer. So if customers later dispute what was disclosed or promised in a telesales call, technically they can't demand a copy of the crucial call recording to prove their case. (See sidebar).

That's an astonishingly unjust power imbalance, especially when you consider that telesales scripts are dominated by the supposed benefits of the deal; don't encourage the consumer to ask any probing questions and skim over the often not-so-lovely terms and conditions. The pitch is often delivered by people hungry for a commission.

To be fair, companies often do make call recordings available to their customers if there's a dispute, but even then it's mostly on their terms. They'll "play it over the phone" to the customer or allow them to drive to a branch of the company and listen to it there.

I have investigated a few cases when the company involved refused to produce the recording.

It is a major issue, given that telesales deals are on the rise, and the potential for consumers to be misled or confused by the rapid pace of the call is enormous.

Take the experience of Odette Swift of New Germany, KwaZulu-Natal.

On January 2 she jumped into her neighbour's pool to help a dog in distress, forgetting that her cellphone was in her pocket.

When she made a claim on her Vodacom cellphone policy (administered by Cellsure), she was told she'd have to pay an excess of more than R800.

She objected, being certain the excess was not disclosed in the sales call she received three years earlier. The offer had been positioned as a "value-added service" that she "qualified for" as a valued Vodacom client.

She asked to listen to the recording, and, to its credit, Cellsure e-mailed a copy to her.

It makes for quite disturbing listening. Swift repeatedly says she needs to see the terms and conditions in writing first. She says she's at work and can't concentrate and that she wants to discuss the offer with her husband, but the salesman keeps bombarding her with information about the wonderful deal, until she relents and agrees.

Right at the end of the 14-minute call, the agent (calling from a third-party call centre) rattles off the terms and conditions. "Replacement and repairs excess will be payable" is said without a pause for breath after the previous condition, and with the key word "excess" mispronounced as "axis".

But as far as Cellsure was concerned, that qualified as disclosure.

I took up the case with Vodacom's Richard Boorman, who responded: "The insurance team looked into it and you're spot-on - the excess amounts should have been disclosed and it was an error on our part that this didn't happen.

"I apologise on behalf of Vodacom for this. We're waiving all excess fees and we're going to incorporate this into our training programme to make sure that the scripts are correct and followed."

Excellent. But I still wouldn't recommend committing to any contract over the phone without first reading and digesting all the terms and conditions in your own time and at your own pace.

Never allow yourself to be bullied or sweet-talked into agreeing on the spot.