Can a funny meme get to a powerful president? 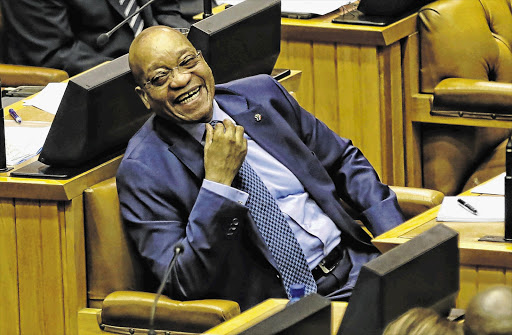 WHAT A HOOT: President Jacob Zuma found plenty to laugh about in parliament during the State of the Nation address and yesterday's opening debate on his speech
Image: ADRIAN DE KOCK

Can a campaign of laughter born out of humiliation change the mind of a "Teflon president"?

President Jacob Zuma and the recent dramas of parliament have become the fodder of internet memes. They are good for a laugh, but some believe they are serving another purpose.

It is a form of protest, according to clinical psychologist Leonard Carr, an act of passive aggression committed by people who are feeling humiliated and resentful.

"He is the Teflon president. You can't get leverage against him," said Carr.

That resentment was fuelled by images of Zuma laughing in parliament last week as serious criticism was levelled against him and his government.

"This is someone who is very confident of his powers and who sees himself being above the law," explained Carr.

"It was like an old person laughing at a toddler."

Others were less harsh. Relationship coach Stephanie Dawson-Cosser saw the president's laughter as a "nervous response".

Andrew Thatcher, professor in psychology at the school of human and community development at Wits, said: " We in South Africa have a history of only listening to protest when it turns violent, like the armed struggle.

"The question is whether social protest can lead to change."