By ©The Daily Telegraph 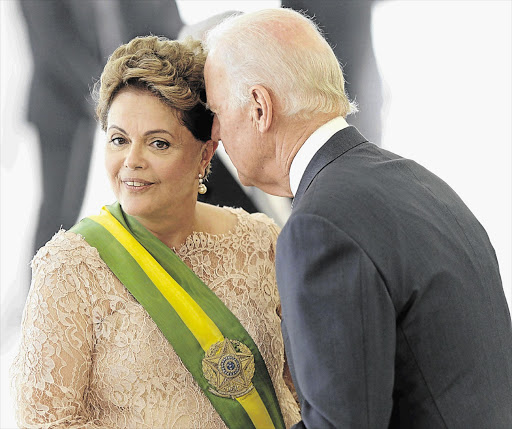 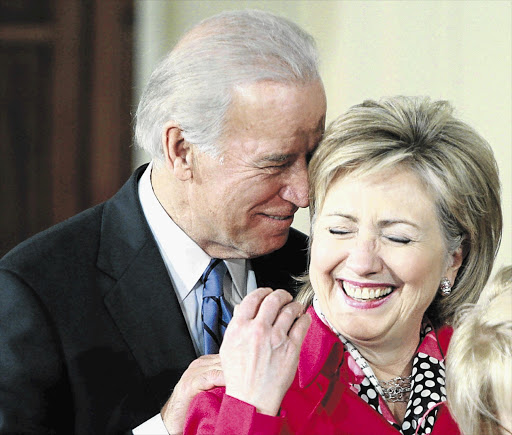 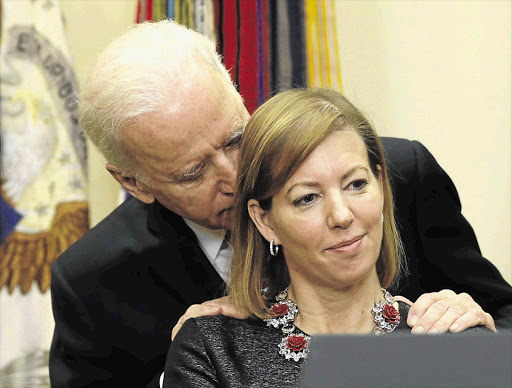 Joe Biden, the US vice-president, was accused of making two more of his trademark gaffes on Tuesday after making comments about Somali tax drivers and being photographed cosying up to a colleague's wife during an important speech.

Biden was swearing in Ashton Carter, the new US defence secretary, when he apparently got up close and personal with the wife of the man who now runs the most powerful military in the world.

As Carter began speaking, Biden beckoned Stephanie Carter from across the room. He then put both hands on her shoulders as her husband thanked Biden for presiding over the ceremony.

Biden's hands lingered for roughly 20 seconds until he leaned in and whispered in her ear. But within seconds Carter reached back and put his own hand on his wife's shoulder as he thanked his "perfect wife Stephanie" for her support.

Hours later he hosted a White House summit on violent extremism. There he sought to draw a parallel between Minneapolis and Wilmington, Delaware, his home town.

"I might add, if you ever come to the train station you may notice that I have great relations with them, because an awful lot of them are driving cabs, and are friends of mine," Biden said.

His audience - a group of religious and community leaders, many of them Muslim or of African descent - responded with muted, uncomfortable chuckles.

To some, the comments echoed a well-publicised gaffe that Biden, then a US senator, made in 2006, when he told an Indian-American supporter that in Delaware, "you cannot go to a 7-Eleven or a Dunkin' Donuts unless you have a slight Indian accent."

Amid the resulting controversy, Biden's aides said he simply meant to highlight the vibrant Indian-American community in his home state.

No stranger to improvisation, Biden over decades has become known for his tendency to speak his mind, endearing him to those who crave authenticity from political leaders.

Biden's supporters brush off his more jarring moments as "just Biden being Biden".

Biden, who has run for president twice before, has said he is considering running again next year.

"Nationally, Biden is just regarded as almost a novelty," said Kyle Kondik, a political analyst at the non-partisan Centre for Politics at the University of Virginia.

"It cuts two ways. He gets away with some stuff that others might not get away with, but it also makes him seem like a less serious person than he'd like to be."