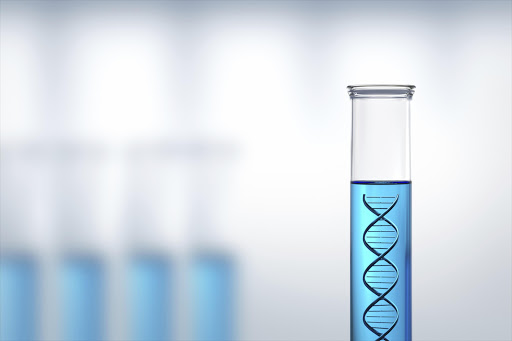 The police's crime-fighting arsenal is to be given a major boost with the capture of the DNA profiles of the nearly 200000 prisoners serving time, awaiting trial or on parole.

The police yesterday announced the implementation of the contentious DNA Act, which establishes a DNA database for criminal investigations.

DNA from children who have been convicted or accused of a crime will be captured, as will that of individuals on the sexual offenders' register.

"There have been major strides in the forensic division and this is one of them. It is a major step," he said.

Two years ago, the police came under fire when they subjected hundreds of villagers to compulsory DNA tests during a hunt for a serial rapist in Limpopo. At the time law professor Steve Tuson said he believed the compulsory testing of villagers had been unlawful and an invasion of privacy. He pointed out that DNA tests should be done only on identified suspects.

Now Tuson's concerns have been laid to rest with the adoption of the DNA Act.

By March 5, 500 detectives will have been trained in DNA collection. Their own DNA and that of their colleagues will form part of the database's elimination index, used to ascertain if an investigator has contaminated a crime scene.

Lieutenant-General Khomotso Phahlane, police divisional commissioner of forensic services, explained that, unless acquitted, offenders' details would stay on the database indefinitely. All prisoners would be sampled within the next two years.

DNA will be collected through cheek swabs, with the Act providing strict time frames for when the samples should be delivered to the police forensic laboratories, analysed and eventually destroyed after profiles are drawn from them.

Samples, which must be destroyed within 90 days, contain a person's entire genetic makeup, while profiles contain a limited amount of unique alpha-numerical data.

Phahlane said backlogs at forensic services had been largely eradicated.

Overseeing the police implementation of the act is the newly appointed Forensic Oversight and Ethics Board. Chaired by a retired Constitutional Court judge, it consists of civilians, NGOs and members of the departments of Correctional Services and Justice.

The profiling of prisoners is not without criticism, Rachel Ward, a Human Rights Commission senior researcher of civil and political rights, said concerns included who managed the database and its purpose; the deletion process; and the profiling of children.

"However it is legislated there will be human rights issues that must be dealt with, especially with proclamation of the Protection of Personal Information Act," said Ward.

When the protection of information Act was implemented, police would have to ensure that, when DNA profiles were deleted, they were permanently erased.

Vanessa Lynch, deputy chairman of the Forensic Oversight and Ethics Board, said the profiles of children, regardless of their status in the criminal justice system, had to be deleted from the database within a year, without exception.

A child's DNA sample could be taken only in the presence of a guardian.

Lynch said that because of South Africa's high number of serial offenders, there was a good chance of linking people to other crimes.

"Perpetrators are often arrested for minor offences. Now, through this act, police can easily close in on offenders and link them to other serious crimes.

"Crime scenes have a plethora of evidence that becomes vital to solving crimes. In a country crying out for justice this database is a vital tool."

She said there would no invasion of privacy because innocent people's data would not be kept on the database.

Lynch was instrumental in advocating for the DNA database, believing that her father's murder could have been solved had one existed at the time.

But Golden Miles Bhudu, leader of the SA Prisoners' Organisation for Human Rights, slammed the imminent DNA profiling, saying it would infringe even further on prisoners' rights.

"Whereas in the US this technology is more often than not used to exonerate convicted prisoners of crimes they never committed, we believe that this will be used for the reverse in South Africa," he said.