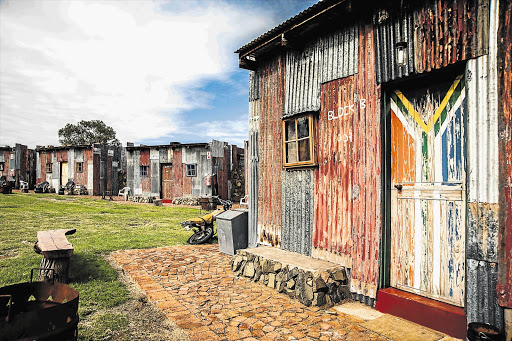 FAKE POVERTY: The Emoya shacks have corrugated-iron façades but are built of brick
Image: WALDO SWIEGERS

South Africa has one of the highest levels of economic inequality and is among the most violent countries. The question is whether these are causally related.

Evidence from the Centre for the Study of Violence and Reconciliation seems to prove they are. Examining a large sample of homicides, the centre found the vast majority were the result of "arguments that got out of hand", supporting the idea that anger and frustration are very close to the surface for many South Africans who, being poorer, feel marginalised and disrespected.

Note that it is not a matter of just being poor, unpleasant though this might be. Poor but more equal societies are generally not violent. But being poor in a context where others are rich, especially when wealth is flaunted as it is in South Africa, can promote anger and violence.

Our evidence suggests that measures such as a heavy tax on luxury goods (for example, houses and cars over a certain value) would go some way to reducing homicide rates.