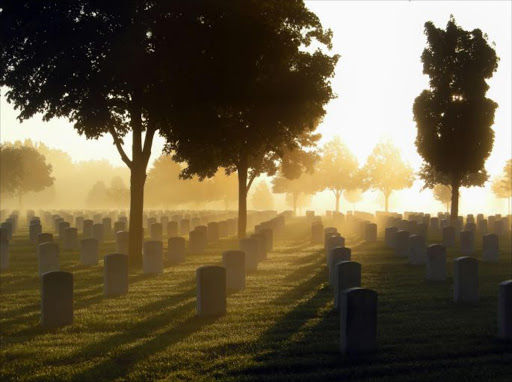 It is said that the only things in life that are certain are death and taxes, but not many people know how expensive death can be.

Insurers Metropolitan this week launched a new online tool that allows users to calculate how much their funeral will cost.

The free calculator starts by asking users the planned location - rural, township or suburban - of the proposed event.

If you are from the suburbs and keen on cremation, you could be looking at spending just over R40000 for your funeral.

A regular cemetery burial is estimated to cost R44000 on average.

The app includes costs such as catering before and during the service, transport, flowers, livestock, a tent and a casket.

More affluent folk can look at spending just over R100000, with an extra R10000 included to rent a stadium for mourners.

Users are presented with a series of options relating to different aspects of a funeral such as airtime, electricity, appropriate music and "fancy" clothes.

An average tombstone costs about R7000 and a headstone will set you back about R1500.

Basic undertaker fees are about R4500 and another R4000 is what you can expect to cough up for cemetery costs.

If you'd rather opt for cremation, you can look at spending an average R2500 for the incineration and another R200 for a basic urn.

Metropolitan marketing manager Liezel Gordon said the funeral calculator would help people be "realistic" about how much they needed for a "dignified" funeral.

She said the tool allowed people to check whether they have sufficient funeral cover by using the current market value of typical funeral costs in South Africa.

"If you do not have funeral cover your loved ones will have to cover the expenses," she said.