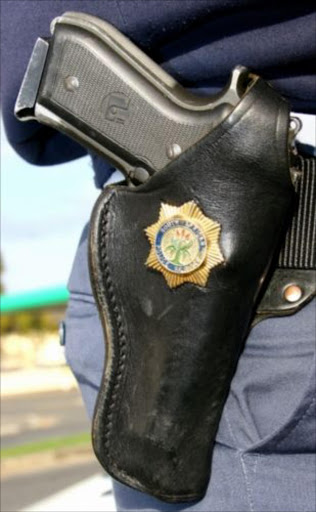 A 15-year-old boy was shot dead, allegedly by police, during a service delivery protest between Acornhoek and Bushbuckridge in Mpumalanga.

Lucas Lebyane was shot on Thursday, when protesters from Casteel village blockaded the R40 with rocks and burning tyres demanding that the Bushbuckridge local municipality provide them with water, a Sapa correspondent reported on Friday.

Another boy from the village was shot in the leg, but was not hospitalised.

"A case of murder was opened after a 15-year-old boy was shot and we don't know yet how he was shot. The Independent Police Investigative Directorate is investigating the matter," he said.

"We are disappointed with our police because the two boys were never a threat to them and they were not carrying any weapon, but they chose to use live ammunition instead of rubber bullets, killing one boy.

"His crime was to demand what he was promised, which is access to clean water."

Mahlakoane said Lucas, who in Grade Nine at Alfred Matshine Secondary School, was shot in the chest.

He said the police's intention was not to instil calm because they did not address protesters, but fired bullets at close range.

He said Lucas's body lay on the ground for almost an hour before paramedics arrived.

"We are taken aback by our government that is supposed to give us a basic needs, but we are being shot at. We were expecting the municipal delegation to address us but instead they called riot police to shoot us," said Mahlakoane.

The teenager's aunt, Kedibone Lebyane, said the police should bury Lucas because they killed him.

"We don't have money to bury our son. He was a promising young boy who always dreamt of becoming a leader in the community. We don't know what to do because justice always protects rich people," she said.

She said the boy's mother was unemployed and bedridden.

"We know the water problems in the area and we usually send water tankers to assist them," Masuku said.