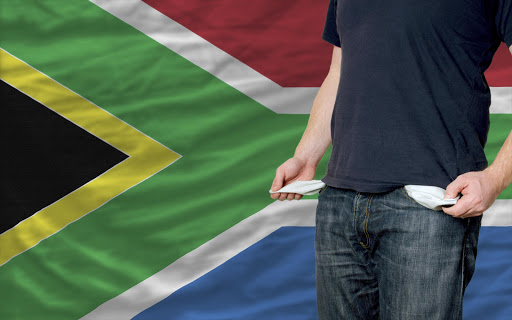 "Over the past few years South Africa's economic growth has been deteriorating substantially, and GDP growth is at risk of approaching the one percent year-on-year mark this year after recording 1.9 percent in 2013, 2.5 percent in 2012, and 3.6 percent in 2011"
Image: Gallo Images/ Thinkstock

We have been squeezed out by the Ukrainians with their war-torn economy, and the Greeks, who are considering ditching the euro, but we are still royalty when it comes to economic misery.

In fact, South Africa comes in at number three on Bloomberg's economic misery index for 2015.

But the king would be Venezuela, with its long queues for food and a bizarre plan to barter oil for tissue paper with Trinidad & Tobago.

The index works on a simple formula: a country's unemployment rate plus changes in its consumer price index equals misery.

But South Africans need to take this formulation with a pinch of salt, said economist Dawie Roodt.

"It all depends on what you want to measure and we are not the worst.

Development economist Talita Dalton-Greyling said bald statistics do not provide a true reflection of the beating economic heart of a country and its people.

Dalton-Greyling reckons that the index is so skewed that she has developed her own to assess the average South African' s quality of life.

Her formula works on measuring overall happiness with life plus throwing in some economics stats.

"We ask people if they have enough time for leisure? Or do you have time for your friends?

"What we found is that, even though the economy is in bad shape, people are generally happy," said Dalton-Greyling.

Other factors considered in her index are support of the community, the weather and a national love for sport.

According to Dalton-Greyling, some of the happiest South Africans live in Joburg - they scored 70% on quality of life, she said.