On Stage: Life is a potpourri, old chum 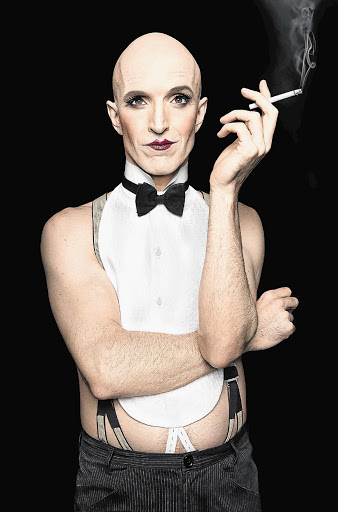 Charl-Johan Lingenfelder, musical director of The Rocky Horror Show, is back on stage in the Fugard Theatre's new production,Cabaret, directed by Matthew Wild.

Set in Berlin in 1929,Cabaret revolves around the young English performer Sally Bowles and her exploits in and around the seedy Kit Kat Klub.

Lingenfelder plays the master of ceremonies - or Emcee - the club host.

How do you feel about being back on stage after all the time you've spent behind the scenes?

Of course I'm terrified. I would've been worried if I wasn't. But I'm ready.

Can you still remember what it was like the first time you performed?

I was always a very nervous performer. The possibility of failure was never an option and always a massive obstacle - and probably one of the reasons I stopped performing. I remember performing a Dutch national dance at my school prize-giving at age seven and wetting my pants before I had to go on. Mortifying.

Do you prefer one aspect (being behind the scenes or on the stage) over the other?

Absolutely not. I've been extremely lucky in that I've had the most varied career anyone could wish for. And I hardly ever have to repeat myself. I've worked as a composer, arranger, musical director, producer, writer, designer, DJ, photographer - hell, I've even been the back end of the Parmalat cow. But I've loved every experience (maybe not the cow that much.)

I'll be working on the Fugard Theatre's production of West Side Story and collaborating with young artist Christiaan Olwagen on a new project.

We're also trying to get an African tour of Emotional Creature off the ground.