Tim Modise blasted by caller who labels him 'pathetically pro-ANC' 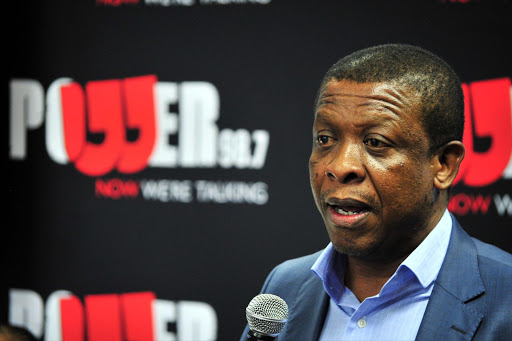 A caller who identified himself as 'Andile of Roodepoort' has bashed Power FM breakfast host, Tim Modise for being pro-ANC, describing the radio veteran as pathetic.

During Tim Modise's daily breakfast show on Power FM while debating president Jacob Zuma's performance at the question and answer session in parliament yesterday - a caller named Andile, expressed his doubt about Modise's capabilities as an unbiased journalist.

Radio listeners were invited by Modise to express their thoughts on Zuma's handling of the Q&A session and how this would impact on his reputation. Before introducing political analyst, Professor Tinyiko Maluleke of the University of Pretoria to give his view, Modise made several remarks which seem to have raised the ire of Andile.

According to Modise: "Sometimes when I say things...I seemingly come across to others as biased in favour of one political party."

Modise then read a tweet which said: 'You are explicitly biased towards the ANC, it no longer shocks me."

"I'm just reflecting on things as they are. I'm not saying it's good bad or whatever...Normally you would expect fireworks at a question and answer session. The opposition will give a great performance and hold the president to account. I'm saying somehow the president seemed to be better prepared for the Q&A session compared to 21 August last year."

After the analysis with Maluleke, Modise invited callers to share their views. Andile promptly called in and began his rant by blasting Modise for appearing partial.

"Your posture is pathetic, and you are pathetically pro-ANC."

Andile continued, slamming Modise for 'nailing his colours to the mast', he also referred to instances where he believed Modise had sided with the ANC.

Modise responded, saying he did not mind taking criticism and respected Andile's opinion. Modise added that while he did not agree with the caller, he would listen and amend his stance if necessary.

Several callers disagreed with Andile, with one telling him to calm down and another praising Modise for being a fair, balanced journalist.

The debate even spilled over to social media with @tsentsho tweeting that Modise 'can't hide his feelings that he is a Zuma man' and @sandilememela adding ' Andile must learn that 1. no objectivity in media. 2. No sin to be pro ANC as long as fair comment and 3. Tim has right to a view.'

Listen to soundcloud below.

@TimModise can't hide his feelings that he is a Zuma man

@TimModise Andile must learn that 1. No objectivity in media 2. No sin to be pro-ANC as long as comment is fair 3. Tim has right to a view

@Powerfm987#PowerBreakfast : @TimModise Even if u were an ANC supporter there is nothing wrong. A human being cannot be neutral.

As I suspected. @TimModise will be accused of being a Zuma supporter after his intro to the #ZumaDebate. @Powerfm987#PowerBreakfast

@TimModise#PowerBreakfast impartiality is fallacy. Journos should reveal their colours, then I can read with perspective. Ranjeni&Gareth