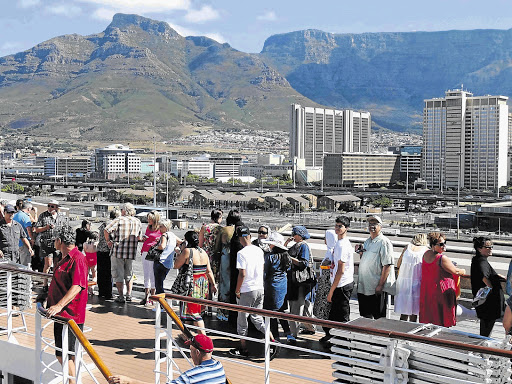 A dedicated cruise liner terminal in Cape Town might not significantly increase port traffic, but it would enhance tourism in South Africa.

After several delays, Transnet has confirmed that the winning bidder to build the terminal at the Cape Town Harbour will be announced next month.

A total of 94 cruise liners have docked in the Mother City over the past three years, carrying 191750 visitors, according to Transnet corporate affairs manager Coen Birkenstock.

"The experience starts from the boarding, which at present is inadequate for the numbers of passengers we carry.

"There also remains the challenge of the port entry, which is always affected by the prevailing wind," said MSC South Africa marketing manager David Randall.

He said the key difference of having a dedicated cruise liner terminal would be that the passenger experience embarking would be better.

Both Cape Town Mayor Patricia de Lille and the provincial government have hailed the project as a boost for the economy and to job creation.