'Dr Dick' rises to the occasion 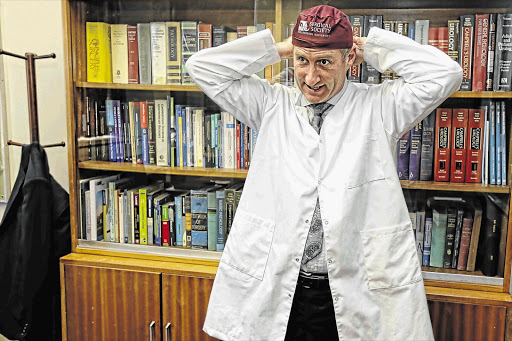 In a matter of days, André van der Merwe went from being a respected but low-profile urologist in Stellenbosch to being a global hero besieged by callers from across the world.

Van der Merwe and his team from Stellenbosch University announced on Friday last week that they had performed the world's first successful penis transplant.

"He wants to be genderless and donate his penis to somebody, so I will ask my colleagues in the US who want to copy the surgery to do the operation on one of their own patients and I will be a consultant."

Van der Merwe, 46, a self-confessed Barbra Streisand fan who grew up in Sutherland, in the Northern Cape, has been inundated with requests for interviews and for surgical interventions from as far afield as Colombia and Russia.

He has been invited to Philadelphia in April to give a presentation on his world-first procedure.

But he remains modest, even dismissive, about his achievement.

He said "resistance from inside the transplant fraternity in South Africa" had prompted him to walk away from doing the procedure four times.

But the needs of patients eventually convinced him.

Van der Merwe said skin from the inside of the patient's leg and tattooing were used to match the colour of the transplanted penis to the recipient's pigmentation.

Only healthy organs are harvested but Van der Merwe said there was no way to be sure of the donor's sexual history because he was usually dead.

If the operation is completely successful, the new penis will be fully functional. Recipients would experience erections and orgasms, andbe able to have children. Full sensation is restored to the new penis once its nerve endings are fully healed, which can take two years.

Everything would have been a lot different had Van der Merwe followed his childhood dream of becoming an astronomer.

"I chose urology because it's what I call 'a beloved speciality'.

"You are able to improve someone's quality of life in a short time."