No hiding behind 'ukuthwala' for child rape convict 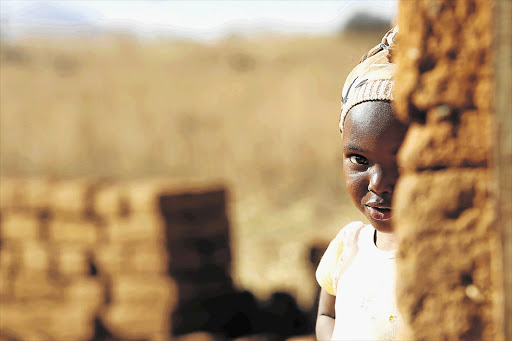 WARY EYES: A girl at her home in Magangangosi - an 'ukuthwala' hot spot
Image: SHELLEY CHRISTIANS

Customary practices such as ukuthwala should not be used as criminal defence in cases of rape and abuse of women and children.

This is the message that rights lobby groups hope will reach many rural communities in South Africa after the Western Cape High Court in Cape Town on Monday dismissed the appeal of a man who was convicted on various charges related to the trafficking and rape of a 14-year-old Eastern Cape girl.

Several organisations acted as friends of the court in the matter, including the National House of Traditional Leaders, the Centre for Child Law at the University of Pretoria and the Women's Legal Centre.

In November 2013, Mvumeleni Jezile, 32, was sentenced to an effective 22 years behind bars for human trafficking, rape and assault.

His 14-year-old victim was abducted for the purpose of marriage after her family had consented and was paid R8000 in lobolo. But the girl tried to escape from Jezile several times.

In February last year, Jezile was granted leave to appeal both his conviction and sentence. He claimed that he was in a customary marriage with the girl and that their “marriage” was concluded through the practice of ukuthwala.

Several organisations made submissions on ukuthwala to the court and the practice which was described as “innocuous, romantic and a charming age-old custom”, equated to the actions of young lovers like Romeo and Juliet.

The court held that Jezile could not rely on the traditional practice of ukuthwala because the girl did not consent. Based on experts' submissions, a girl must consent before entering into ukuthwala.

“The practice of ukuthwala has in recent years received considerable public attention... inasmuch as its current practice is regarded as an abuse of traditional custom and a cloak for the commission of violent acts of assault, abduction and rape of not only women but children as young as eleven years old by older men," the court said.

Researcher at the Wits Institute for Social and Economic Research (WISER) Lisa Vetten said that the judgment was an important one that held "persuasive value" for other cases in the future.

"The point that needs to be made is that the distortion of culture cannot be offered as a criminal defence," Vetten said.

Legal Resources Centre attorney Mandy Mudarikwa said: "We… applaud the Court for noting that ukuthwala is an irregular method to conclude a marriage and that the traditional form of ukuthwala does not include the rape of children; nor does it involve forcing a girl child into a marriage with an older man.

"We believe that this sends a clear message to anyone abducting and raping women and children in the name of ukuthwala."