Abuse against elderly on the rise, government does nothing 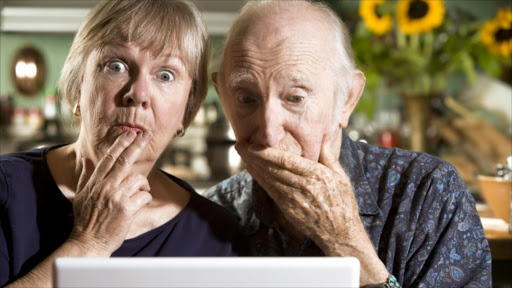 A new app is being developed to help computer illiterate seniors keep in touch with their loved ones.
Image: Shutterstock.com

Physical abuse against the elderly is increasing, and governments is dragging its feet, citing lack of funds, in implementing a register of offenders meant to curb the scourge, as required by legislation.

This emerged at the South African Human Rights Commission’s (SAHRC) launch of a report:  Investigative Hearing into Systemic Complaints Relating to the Treatment of Older Persons, held in Johannesburg.

Nearly a decade after the introduction of the Older Persons Act in 2006, which prescribed that the minister of the Department of Social Development establish a register with details of persons convicted of abusing the elderly, the register is still not up and running.

The register would be similar to the sexual offenders register, and it would be compiled by the department to keep track of criminals who have committed crimes against senior citizens.

According to the report the department had promised to establish the register in the 2013/14. It attributed the delays to shortage of money, but it said it had started setting aside finances for the project.

Isaac Mangena, the head of communications at the South African Human Rights Commission, said the implementation of the register had also been stalled because the police were not yet separating crimes against the elderly from the rest.

The report was conducted as a result of a complaint by the South African Older Person’s Forum (SAOPF) in 2013 (March 2013) on lack of progress in the implementation of a register of people convicted of abusing older persons, as well as difficulties they experience to access their constitutional rights.

Speaking at the launch Commissioner Lindiwe Mokate said there has been an increase in offences against the elderly.

On 5 May 2015 Ncediswa Mkenkcele, 40, appeared at the East London Magistrate's Court on charges of assault with intent to cause grievous bodily harm against an elderly person.

Mkenkcele was arrested after the publishing of a video of her kicking, punching, hitting Hope Shepherd, 84, who was a resident at Lily Kirchmann where Mkenkcele worked as a caregiver.

Sheperd’s story is one of many shared by elderly people in South Africa but it's not just physical abuse that some of them have to deal with.

Mokate said in some communities, the elderly are accused of witchcraft and attacked, some had their social grants taken away from them by the people they live with, and older people are raped in their communities.

She said the register for people convicted of abuse of older persons was supposed to help alleviate the crimes but it was, “going as slowly as the list for people who are offenders who are not supposed to work with children."

The number of residential facilities that care for the elderly was also a problem that was brought up with only eight government run facilities in the country compared to 410 private facilities.

Jackie Mbonani from the Department of Social Development said the government had other services to provide and that was the reason it allowed NGOS to set up homes for the elderly.

Lack of access to social security, HIV/AIDS, bad healthcare quality in technical facilities, and social abuse are the main challenges faced by the elderly.