Senzo Meyiwa's father in hiding, fears for his life 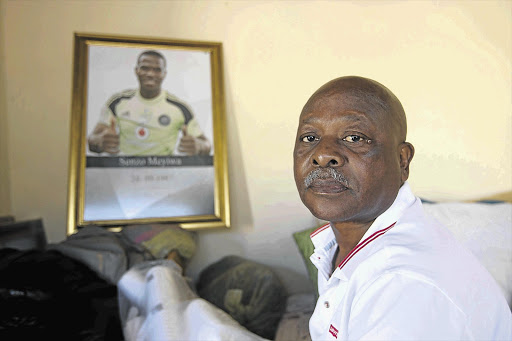 Senzo Meyiwa’s father, Sam, said he fears for his and his family's life and has gone into hiding after receiving numerous threatening calls from what he believes are the killers of the slain Bafana Bafana goalkeeper and captain.

Sam Meyiwa, speaking on Talk Radio 702 on Tuesday, lambasted the police for accusing him of jeopardising the murder case by speaking to media and releasing information very close to the investigation.

He accused the police of not doing enough to find the people who murdered his son, saying “If I don’t talk, nothing will happen."

"I am concerned that the police are worried about what I say and not about the guy who killed my son," said Meyiwa, who added he fears for his life.

“These people are phoning and saying that they’re going to kill me. They say I am talking too much about my son. I’m hiding because now I am afraid for my life,” said Meyiwa.

Meyiwa was shot dead at his girlfriend Kelly Khumalo's mother’s home in Vosloorus on the East Rand in October last year.