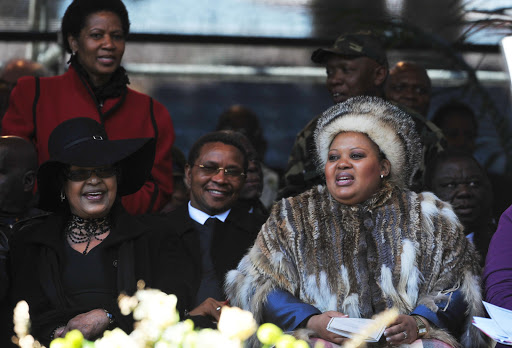 A report alleging Nompumelelo Ntuli-Zuma had confessed to knowing about a poison plot against president Jacob Zuma has been denied by her law firm.

According to Eye Witness News, BDK Attorneys state there are no charges of conspiracy to commit murder that have been brought against Ma Ntuli. Zuma's wife has also not admitted to having knowledge of a plot to poison her husband and she is co-operating with authorities on an investigation into the said plot.

BDK Attorneys add City Press did not allow Ma Ntuli the right to reply regarding the story and made no attempt to verify the allegations. The newspaper reported Ma Ntuli had confessed to knowing about the plot to poison the president.

The weekly further stated she would be charged as a co-conspirator in the plot which allegedly involved a well-known KZN businessman, local and foreign nationals.

Ma Ntuli will take legal action against City Press according to her lawyers.

The Sunday Times broke the story of how Ma Ntuli was banned from Nkandla after Zuma and his aides caught wind of the plot. Zuma fell seriously ill in June last year and upon a trip to the US, doctors detected poison in his system and this was further confirmed by Russian medics.

Ma Ntuli was barred from accompanying the president on trips thereafter and moved out of her house in the Nkandla compound in January this year. She lives in Durban North with her three children.

The presidency dismissed the plot claims as sensational and mere gossip earlier this year.