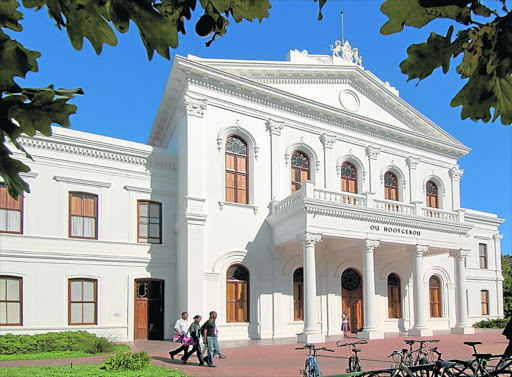 While most of 2015’s movements crusade for cause that we can get behind, the latest campaign called I Am Stellenbosch has social media users confused and angry.

What started as a Facebook page and Youtube video has now turned into the online community’s hot topic.

According to a mission statement posted on its Facebook page, I Am Stellenbosch claims it is a place for students to engage with each other, through discourse rather than dialogue.

Basically, they want student to write to each other instead of speaking to each other but they do not explain why they feel one is better than the other.

Quite a few of the #IAmStellenbosch posts remind me of this poignant image… pic.twitter.com/3klGi7f7Nj

On Wednesday, the movement posted pictures of mostly white Stellenbosch students holding up pieces of paper featuring statements about their identities, what being a Stellies student means to them or statements aimed at debunking stereotypes associated with their identities.

Guys white people listen to rap, institutional racism is over we can all go home #IAmStellenboschpic.twitter.com/cGzSbuH7G8

What seemed to irritate people the most was the use of the term “non-white” to refer to one’s self – implying that all races exist in relation to whiteness.

*SCREAMS IN SARAFINA* What is a non-white???      #IAmStellenboschpic.twitter.com/ksTEu5owo7

Here are some of the funnier responses to the hashtag.

We are non Orlando Pirates. Inspired by #IAmStellenbosch promotion. pic.twitter.com/Eu4aw3V63C

Imagine the relief of getting that off your chest. Real freedom right here. #IAmStellenboschpic.twitter.com/KjqPkN8Q2C