In South Africa, everything #mustfall 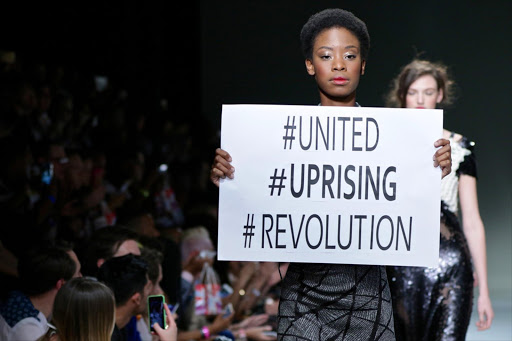 With everything happening in South Africa right now - we figured we should put together a list of the top five things that #mustfall.

Due to a combination of poor rains and pollution large parts of South Africa are currently suffering water restrictions.

Taps in some areas of Johannesburg are running dry, and several provinces are declaring states of emergency.

Meanwhile Minister of Water Affairs Nomvula Mokonyane was a now show at parliament's drought and water crisis at a heated committee meeting in parliament on Wednesday.

Students across the country are still protesting study fees, following the president’s decision to order a zero percent fee increase for next year.

The protest also includes a demand that universities stop outsourcing their staff.

The latest action in this protest saw UWC erupt into chaos as students attacked students and riot police were called in.

Riot police have had a busy day it seems – as they have also been called out to Parliament to fight off protesting parliamentary workers.

The workers stormed a meeting on the police commissioners’ support for Riah Phiyega following the Marikana massacre.

Some copies of the committee’s draft report have vanished, meaning that there is some confidential information that is floating around just waiting for somebody to report on it.

Needless to say there are some major calls for the current coach, Heyneke Meyer, to fall.

You know its coming.