Inside the UWC protest 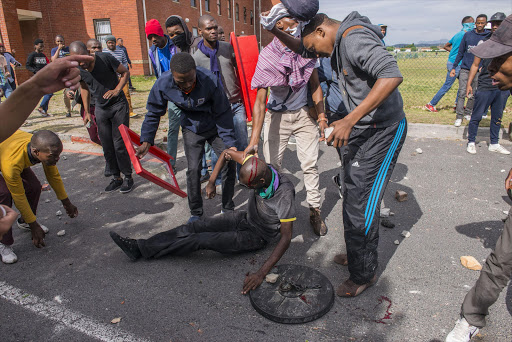 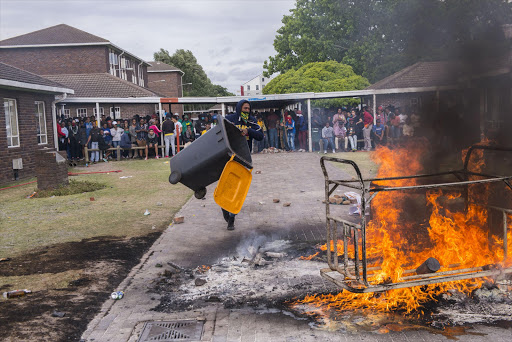 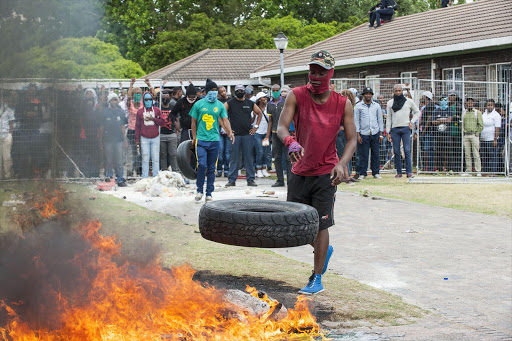 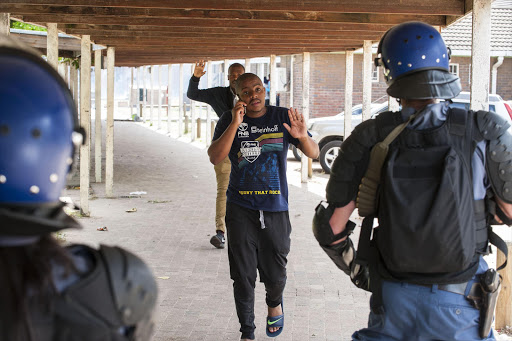 The protest in the student centre started shortly before my exam was scheduled.

While I was studying a group of around 100 protesters arrived on the lowest level of the building, marching and chanting.

They left me alone but got hold of another  student's phone and deleted the pics she took of them.

Both of us were shaken after they left but we stayed to study.

By now there were about 300 students and cleaners. It was impossible to study so we moved to the  library where there was security.

But it wasn’t long before we heard what sounded like shooting outside the library. Many of us tried to leave but they had locked us in.

I sat with many of my classmates along with other students waiting to write outside the library, we ran a few times off the steps and away from the library when protesters ran towards us (some security ran away with us too), it looked like more security had been brought in because the area was now filled with security.

I remember sitting on the steps close to tears because I hated the fact that a group of protesting students could make an entire University community feel this intimidated, this scared and this helpless.

I feel management should consider the #CAMFOREXAM movement, a movement calling for cancelling of exams and using the continuous assessment results instead. The protesting, vandalism and prevention of exam writing needs to come to an end! I do NOT agree with how the protests are being handled. But also I do not think that non-protesting students should be subjected to this intimidation.

With the eventual start of the exams on Monday, November 09, things seem to look up. However, 40 minutes before we were supposed to start our second paper yesterday (November 11), UWC turned into a war zone.

On my way to the exam venue, we had to run for cover as security and police ran with gun-like structures, to stop protesting students.

Anxiety of the examination that you are supposed to write is already daunting. Having police run around with guns adds to it and additional makes you feel unsafe and scared.

As we reached the venue, I realised I was shaking and close to tears. Witnessing huge groups running, chanting, hearing loud bangs and screams is frightening.

After our venue was trashed, we assumed that we would be not writing anymore and later received word that we will be writing on December 1 which is an inconvenience for me, as my contract with my landlord, ends November 30.

This entire ordeal has left me traumatised and I can now understand what the students who live in residence went through during the protesting periods.

I hope the management of UWC will come to a settlement that appeases the entire community of UWC, so things can go back to normal.

After two postponements I was prepared yesterday to write what was meant to be my second last exam. Outside the venue I saw a group of protesters. Inside, I was shocked at the state of the venue. The floor was covered in fire extinguisher dust. I could hardly breathe. I decided to go back to the car thinking it would be the safest spot. As I walked to the car a group of violent protesters ran towards me followed by police who were shooting rubber bullets trying to disperse the crowd.

I ran to the car, and my boyfriend managed to pull away just before the protesters got to us. It was very traumatic. I fear going back to campus.

I am honestly not happy with what is happening at UWC...They stoned my car and it almost burnt out due to them making fires in the road right behind my car. I do not feel that I am safe on campus, I am not from Cape Town and having to deal with this so far away from home gives unnecessary stress... this I am not suppose to be experiencing during exam time. I am a nervous wreck and waiting to get a message saying someone died because of this protest. Because honestly that's where we heading to.