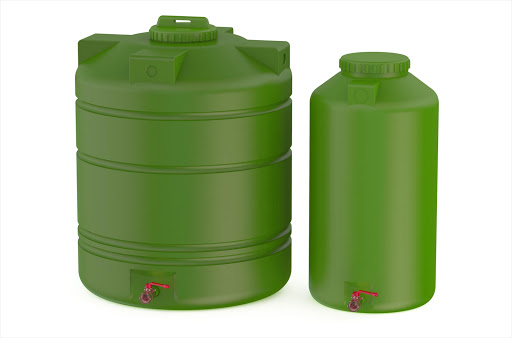 Drought has dried up the dam near Smithfield. Gardens and fruit trees in town are wilting. And clean hands have become a luxury.

So severe is the water shortage in the Free State town that the army has been helping to transport the precious resource from underground sources.

The water is pumped from two boreholes near town into seven of the defence force’s mobile water tanks.

The tanks drove 130km from Bloemfontein to set up camp locally. At least 400,000 litres have been offloaded into the Smithfield’s purification system since the weekend.

The region has always been dry but many feel things have never been this bad.

Life is a bit easier for those who at least have their own water source.

“I am fairly lucky in the sense that I have a borehole. The whole thing is, who knows how much water is underground?” business owner Greg May told News24 on Tuesday.

May started a restaurant and accommodation unit –the Laughing Likkewaan and Lazy Likkewaan- a few years ago.

“I just drove over the Caledon River. It’s dry, dry, dry. Nothing at all. The Orange River is also very dry.”

May’s fruit trees, which he used to make jam, were suffering. Even his vegetable garden was having “a bad year”.

He said, however, water had been flowing out of the tap for the last few days and he had seen army officers fixing some pipes.

“They have definitely brought some help," he said.

He said the operation would continue until November 30. It is expected that a total of 300 000 litres would be delivered to residents each day.

D’Vine home industry owner Annika Smith noticed water coming out of her taps for the first time in a while on Tuesday.

“I don’t know how long it will last, but it was actually nice to wash our hands,” she said with a laugh.

Smith and her husband have been transporting water from their farm borehole to the shop every day. They needed it to clean, and prepare food and coffee.

Customers had not been able to use their toilet and one of their workers had no water at home “so couldn’t do her washing or anything”.

“It is quite stressful because we live from a borehole,” Smith said.

“Many boreholes have dried up already and a few neighbours have had to search for other water sources. It’s not a long-term solution.”

Every day, the couple transported their water in a 1 000-litre portable tank and anything else that was “hollow”.

One of their beneficiaries was an old age home.

Both Smith and May looked to the skies with hope.

May said that according to his “fancy phone”, rain was expected on Thursday and Friday. Looking hopefully at the sky on Tuesday, Smith said “maybe this afternoon. Or tomorrow”.