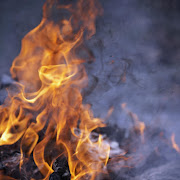 Three people were killed when an old age home caught fire in Port Elizabeth, according to the Nelson Mandela Bay Emergency Medical Services.

According to an EMS alert, two people with epilepsy died of smoke inhalation. A third who was wheelchair bound died from burn wounds.

Five others were treated for smoke inhalation and taken to the Dora Nginza Hospital by ambulance a few hundred metres down the road.

The fire destroyed four rooms in one block of the home.

The cause of the fire was not yet known.