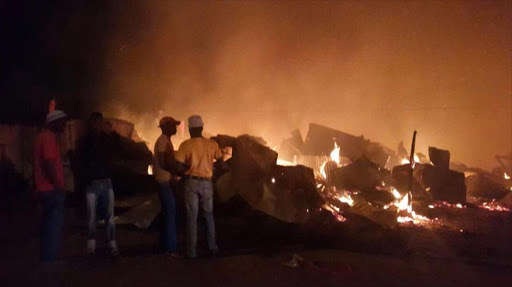 Fire has ripped through the settlement of Kya Sands once more, destroying 50 to 100 shacks.

EMER-G-MED's M03 were on scene in Kya Sands where multiple shacks caught alight.The City Of Johannesburg Fire Department were on scene to contain the blaze.It is estimated that of 50-100 shacks were alight.

"The fire started around 11pm. We heard people screaming and we immediately went to see what was happening. We tried to extinguish the fire. We are now trying to help people who have lost their homes, find shelter. They're sitting on the road," Bheki Sibisi, one of the residents, told SABC News.

This fire comes less than three weeks after a similar blaze ripped through the settlement, destroying at least 100 shacks.

“And the clothes and the books… My son is in grade 12 and all his books are gone,” one resident told EWN at the time.