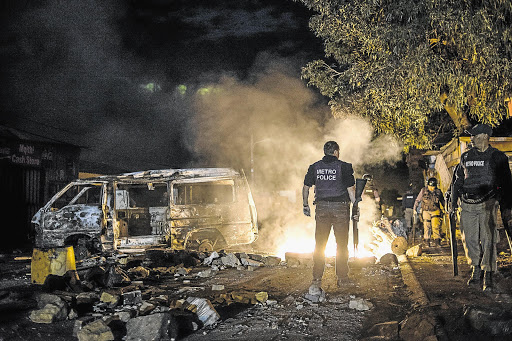 Families who lost their homes when 1 123 structures burnt to the ground in Masiphumelele on Sunday morning have started to rebuild their homes and piece their lives back together.

"Without this, Masiphumelele would remain a high fire risk," Smith explained.

More than 4 000 people were displaced as a result of the blaze early on Sunday morning.

Two people died in the fire.

The City of Cape Town’s Disaster Risk Management was currently coordinating disaster relief efforts and were supplying three meals a day to those affected by the blaze, Smith said.

The total cost of rehabilitation efforts and starter structures for the 4 500 people displaced was R12m, he said.

A new fire station was also being planned for Masiphumelele, Smith said.

The new base, expected to cost between R12m and R14m, was expected to be completed by 2017.

The township was among those identified as an area where response time was "challenging".