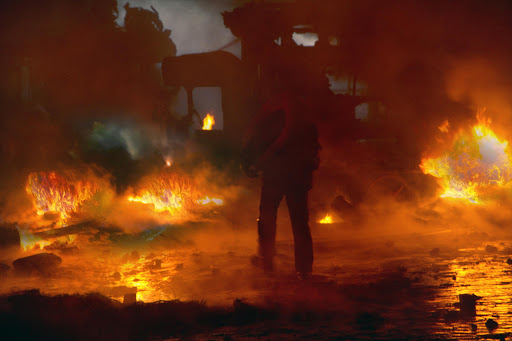 Eleven people were trapped in a factory that was engulfed in flames on Thursday evening in Eastwood, Pietermaritzburg.

ER24 said they were alerted to the fire with reports of multiple people trapped at the back of the building.

The people in the building managed to escape the burning building after breaking open windows and burglar bars.

Paramedics assessed the patients and found that one man sustained burn wounds. They treated the man for moderate injuries and transported him to hospital for further medical care.

Two other people sustained minor injuries while breaking the glass windows to escape.

Fire and Rescue Services were still on scene extinguishing on Friday morning, as the blaze had spread across a large part of the factory. Bodasing said paramedics were still on standby at the premises.

The exact cause of the fire is unknown.