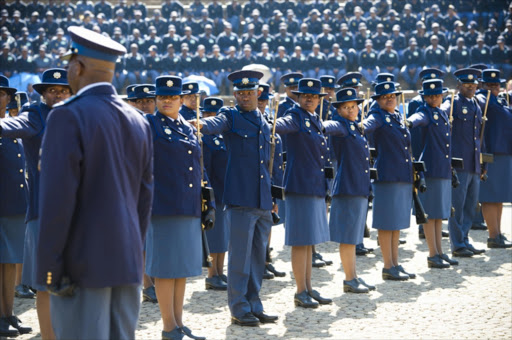 For almost 18 months, three members of trade union Solidarity halted the promotion of more than a thousand police officers after questioning the rationale behind them.

The members complained that they were being discriminated against and wanted the methodology used to be changed.

"On 28 February 2013, Solidarity launched an unfair discrimination case on behalf of three of our members due to the fact that we felt that the collective agreement unfairly discriminated against them. In terms of the agreement, they weren’t allowed to be promoted, even though they had more years of service than some of their colleagues," said Solidarity’s Dirk Groenewald.

"When we investigated this matter further, we saw that these promotions were based on the national ratio for demographics, of which 79% of the positions would go to Africans, 8.8% to coloureds, 9.3% to whites and 3.2% to Indians."

In 2013, more than 1 500 police promotions countrywide were suspended after Solidarity petitioned the High Court in Pretoria to declare the SAPS's affirmative action promotions invalid. The first phase of the promotions had already been implemented.

The union argued that many whites who met the requirements for promotions had not been promoted since the plan was implemented, as the positions had already been filled. Groenewald said they managed to stop the second phase of the promotions process until their case was resolved. They obtained an interdict that was in place until recently, when the two parties reached an agreement.

Acting national police commissioner, Lieutenant-General Kgomotso Phahlane, made the announcement regarding the settlement on Tuesday. He told reporters that both sides had agreed that certain issues need not be taken to the courts because they could be resolved.

Phahlane said he was aware that some of the officers received promotions in other ways, while others left the service, but he promised that they would not be sidelined and that they would also be compensated.

"There are 37 of them in the meantime who were promoted to some levels. Those [officers] will remain in the new ranks, but we will backdate their appointments to March 1 2013. Around 291 members left the service. Those members will also not lose, as their benefits will be adjusted," he said.

Phahlane refused to divulge how much would be spent on the backdated payments. He said they had made provisions for the money, as the matter had been dragging on since 2013.