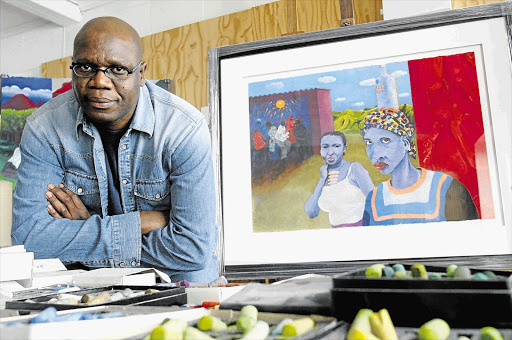 It is "unacceptable" that the wheels of justice are turning "painfully slow" for murdered sex worker Nokuphila Kumalo, the Sex Workers Education and Advocacy Taskforce (Sweat) said on the steps of the Western Cape High Court on Thursday.

"This is not a nameless, faceless woman that was killed," Sweat lobbyist Glynnis Bentham said.

"She had a mother; a family. She deserves justice."

Acclaimed artist Zwelethu Mthethwa is accused of killing the 23-year-old by kicking her to death in Woodstock on April 14 2013.

The painter and photographer has pleaded not guilty.

"It has been three years. Three years! Is it because she isn’t white and because what she did [for a living] is criminalised? This trial is dragging. No progress is being made."

This week alone, the matter was postponed twice.

Mthethwa made a brief appearance on Monday, where the matter was adjourned until Wednesday to allow forensic pathologist Dr Linda Liebenberg to study documents she had received only the night before.

On Wednesday, the Western Cape High Court postponed his trial to Thursday after an interpreter fell ill.

Judge Patricia Goliath urged the State to ensure an interpreter was available for Thursday’s proceedings after Mthethwa's lawyer, William Booth, expressed concern over the delays.

On Thursday, Liebenberg again took to the stand and testified that Kumalo died as a result of blunt-force trauma.

She had also suffered severe injury to her liver, she testified.

The State alleges that CCTV footage captured the artist stopping his black Porsche 911 Carrera near Kumalo in the early hours of the morning she died.

According to the prosecution, the footage shows Mthethwa getting out of his car and "repeatedly kicking her and stamping on her body with booted feet".

Bentham, sitting outside the court surrounded by posters reading, "Everyone is equal before the law" and "Criminalisation kills sex workers", said it didn't matter how long the trial "drags", the organisation would be there to see it through.

"We are here for the woman and others like her. We all have the right to justice. Sex workers are not lesser citizens. They deserve justice and their families need closure just like anyone else."