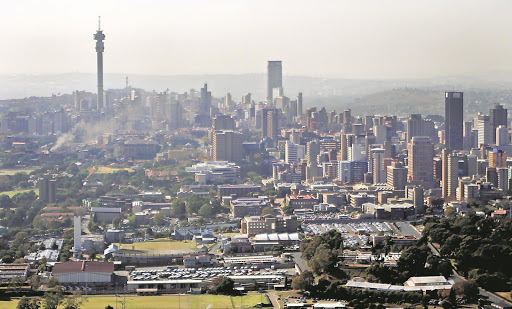 When moving into a retirement home, the elderly hope it will allow them to relax and enjoy their twilight years in comfort.

This is not the case for a group of about 48 pensioners living in a troubled neighbourhood a few kilometres from a bottle store and a tavern in Vrede Park, Johannesburg.

Perina Bernado moved into the Radio Cottage on December 2. On Christmas Eve she stepped out to buy a few items at the shops ahead of the festivities.

When she returned, she found her home had been broken into. Nothing was stolen. She struggled to get the door handles fixed to avoid further break-ins.

She has had to endure power cuts, toilets that did not flush, and has had to drag a stove into her lounge in order to reach a working plug.

She could not use the toilet at night because the light bulb had not been replaced, leaving the passage pitch black. Due to the height of the ceiling, none of the tenants could replace the bulbs themselves.

When she approached the city, she was told they did not have a stepladder available.

Her neighbour, Gerald Springfield, had been living at Radio Cottage for the past five years.

The 65-year-old had applied for a place at an old-age home in 2003, after living on the streets for years. He was finally placed at Radio Cottage in 2010.

"I have waited seven long years to get a place to stay, because I had nowhere else to go."

Wearing a green T-shirt and a safari hat, Springfield said he was grateful for the flat because there was a time when he had nothing.

However, the large hole in the ceiling was a major problem. It had been there for years and it leaked when it rained, he said.

Lynette Beck, 63, moved into the old-age home in 2013 after moving out of her daughter's house in Florida, on the West Rand. She had waited two-and-a-half years for a place.

She said although she was grateful to have a roof over her head, she had opted not to make use of the shared toilets, due to the lack of hygiene and the dark passage.

"I use the bucket. I don't go out because there is no light. I've got a big basin that I bath in when I wash. I don't use that bath at all," she said.

She used to try and clean the facilities, but did not always have the energy.

A block away from Beck, retired domestic worker Mabel Khumalo, moved into the home around the same time as Beck.

She had been staying in Soweto with her sister. When the sister died in 2008, her children were unpleasant to her and she looked for an alternative place to live.

"I had applied for an RDP house, but it was taking a long time, so I eventually came here using that form.”

She was offered a place at Radio Cottage and was told she would get a call when her RDP house was ready.

"I still want my RDP, even though I know I will never get it, I'm still hopeful that they will phone me."

Area manager of housing in Vrededorp, Monica Molepsani, declined to comment on the matter and referred News24 to the Department of Housing at 222 Smit Street. The department could not be reached for comment.