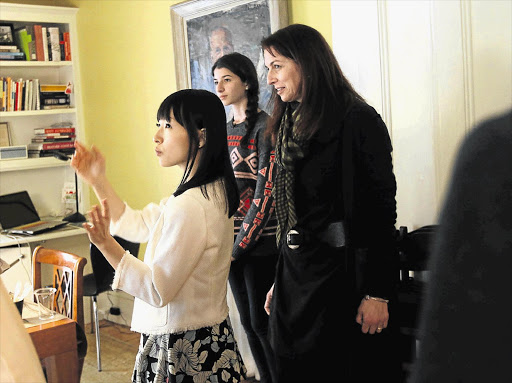 Organising guru Marie Kondo has sold millions of copies of her books on the art of decluttering.

The 31-year-old from Tokyo, who once worked as a Shinto shrine maiden, has taken the world by storm with her technique of ''KonMari" - a method of tidying named after her nickname.

Her first book, The Life-Changing Magic of Tidying Up, became one of the biggest surprise hits of the publishing world in recent years by selling more than 5million copies in about 40 countries. Time Magazine nominated her one of the 100 most influential people in the world.

Her second book in English, Spark Joy: An Illustrated Guide to the Japanese Art of Tidying, builds on her original anti-mess techniques, providing a more in-depth guide to decluttering your home.

The premise of KonMari is simple - "focus on things that 'spark joy' in the home and throw away everything else to live a happier, more fulfilling life".

Kondo is "seemingly tapping into a global ennui with over-consuming disposable products", and her method has ''prompted a global army of devotees to transform their homes into minimal, Japanese-inspired havens and filled numerous charity shops with unwanted clutter".

The movement has bred an army of zealous acolytes, who refer to themselves as 'Konverts'.

Fans include Hollywood actresses such as Jamie Lee Curtis and Kate Hudson.

The results can be truly life-changing, Kondo has claimed. Her techniques remove items that carry baggage or anxieties about the future. Even her book, she says, should be discarded when it's no longer needed.

Do it all at once

Kondo advises tackling the tidying in one go, rather than little increments, and to do it sooner rather than later.

Tidy by category, not by room

You should declutter items such as clothes and books all together instead of tidying them up in individual rooms. When we look at our clothes or books together, we have a better perspective on what we love and need and are less tempted to move them from room to room.

Start with the easy stuff

Start with things to which we have less emotional attachment, Kondo says. Kitchen utensils are better than old photographs or love letters. If an item ''brings you joy" when you hold it, keep it. If it doesn't, throw it away.

Only the essentials should remain: mortgages, insurance and employment contracts. Throw out old bills, statements and letters. Most information can be found online.

Don't spend a fortune on storage

Kondo is no fan of expensive and complicated storage systems and favours the humble shoebox.