An Islamic religious scholar detained without trial in Egypt was able to chat with his relieved family in Johannesburg via a video call on Tuesday‚ confirming that he will soon return home after 15 months in prison. 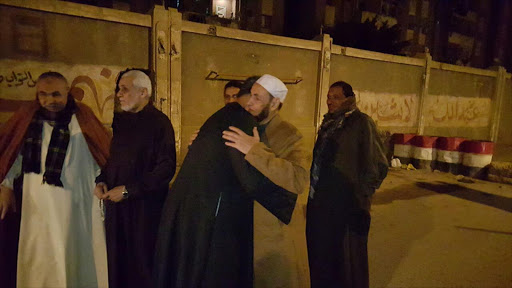 Sheikh Bassiouni at the time of release from the police station in Egypt...
Image: Free Bassiouni via Facebook 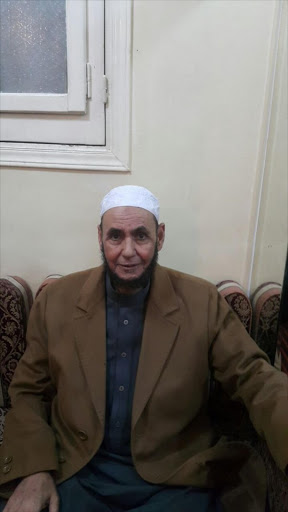 Sheikh Abdus Salaam Bassiouni‚ 65‚ who holds Egyptian and South African citizenship‚ having lived in SA since 1990‚ was detained in Cairo in December 2014. His release‚ without charge‚ was announced in the early hours of Tuesday.

His son Bilal Bassiouni said that the family was relieved at his release‚ and at being able to speak to him over Skype.

“We are still in disbelief‚ I had to wake up this morning and look back into my phone and make sure that I wasn’t dreaming‚” Bilal said.

His father had lost about 20kg since he was detained and seemed frail when they spoke via video chat.

“It has really taken a toll on his health…he looks very frail‚ I saw images of him and I spoke to him through Skype. His cheekbones are showing‚ which has never happened to him before‚” said Bilal.

During the conversation‚ his father expressed relief that he had been released finally.

He had travelled to Egypt with his family to attend his daughter Al-Zahra’s engagement. Shortly after arriving at Cairo International Airport‚ he and his son‚ Bilal‚ were taken into custody by the Egyptian authorities. They interrogated them about their political affiliations‚ asking if they were members of the Muslim Brotherhood. Bilal was released after 20 hours of his detention but his father was held in a prison outside Cairo.

Bilal said that no reason was given when his father was detained and no reason has been given for his release.

His father appeared in a pre-trial hearing eight days ago‚ he said.

Bilal said they had received news that his release could be imminent‚ and he had been trying to stay awake until after 2am each day in order not to miss the announcement.

The family is unsure when Abdus will be able to travel to South Africa as they are unfamiliar with what needs to be done. Bilal said he hoped that the SA government will assist in his safe passage home.

In a Facebook post that appeared on the Free Bassiouni page‚ the family said “I take this opportunity to thank one and all for their efforts‚ support‚ prayers and concern. Everything done to return ‪#‎SheikhBassiouni to his family and to end this injustice is highly appreciated.”

All Praise be to the Almighty, The Most Kind and Most MercifulWe convey the wonderful news...Official UpdateDr...