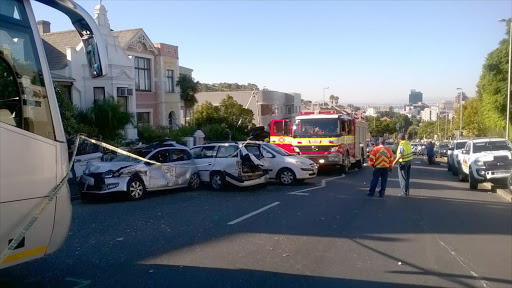 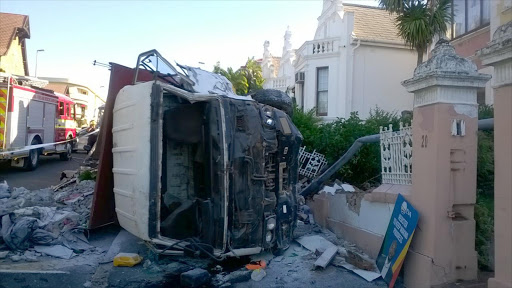 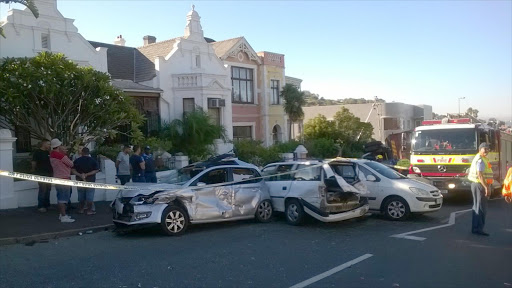 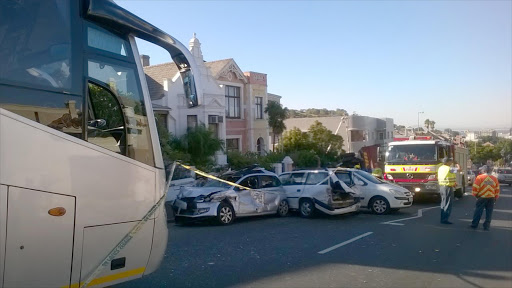 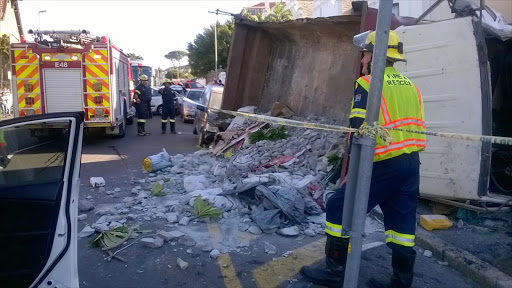 Two houses, six cars and a lamp-post were badly damaged on Wednesday afternoon when a truck careered out of control down the steep Kloof Nek Road in Cape Town.

The truck ended up on its side surrounded by rubble and its driver was taken to hospital. No-one else was injured.

Witnesses said the truck's brakes appeared to have failed.

The accident, around 3.15pm, caused traffic chaos in the evening peak, with both sides of the road blocked off by emergency services.

In August 2005, a bus driver and three pupils from a Strandfontein primary school were killed when a bus with faulty brakes lost control on Kloof Nek Road.