Seriti Commission of Inquiry whitewash - findings are a 'joke': critics 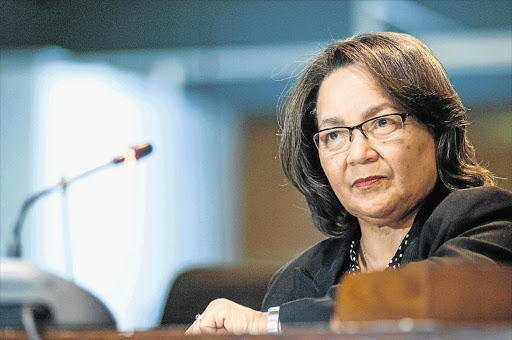 The Seriti arms deal Commission of Inquiry was a farce and taxpayers' money was wasted to shield President Jacob Zuma from corruption allegations.

These are the views of critics of the deal, who said yesterday that the findings were a "joke" and the quest for justice and the truth was far from over. Cape Town mayor and arms deal whistle-blower Patricia de Lille said she was not surprised by the findings of the Seriti Commission, which Zuma released yesterday.

Zuma - then deputy president - was linked to the deal through his former financial adviser, Schabir Shaik, who was jailed for corruption. This almost torpedoed Zuma's bid for president but all charges against him were dropped in 2009. "No evidence was found as well through the commission's own independent inquiries," the president said yesterday as he released the findings of a four-year inquiry into allegations of corruption and fraud in the arms-procurement deal 17 years ago, in which navy frigates, fighter jets, submarines and helicopters costing billions were purchased by SA. The total expenditure on the arms deal from 2000-2001 to 2013-2014 amounted to R46.7-billion, not the R30-billion as envisaged in 2009.

Zuma said the commission, which cost taxpayers R10.1-million, did not find an "iota" of evidence that proved that the arms deal was flawed or corrupt.

"On whether [anyone] influenced the award or conclusion of any of the contracts in the procurement process, the commission found that the evidence presented before it does not suggest that undue or improper influence played any role in the selection of the preferred bidders, which ultimately entered into contracts with the government," Zuma said.

De Lille, who had called for an investigation back in 1999, alleged that the outcome was decided long before the commission began its work and Judge Seriti's job was to design a process to get to a predetermined outcome and let Zuma off the hook.

"This is an utter and total waste of time and taxpayers' money," she said. "Once again, these findings were designed to protect one man - President Jacob Zuma, [who] in 2009 was inaugurated as the president of the country with criminal charges hanging over him."

De Lille said there were no plans to contest the findings but the DA was waiting for a decision next month by the Pretoria High Court on its application for the reinstatement of corruption charges against Zuma.

According to its report, the Seriti Commission found:

Former ANC parliamentarian turned arms-deal activist Andrew Feinstein said he was also not surprised that the commission failed to admit the existence of any evidence of wrongdoing in the arms deal.

"The commission has come to these findings, which are tantamount to a cover-up. It was abundantly clear during the work of the commission that it was ill-disposed towards undertaking a full, meaningful and unbiased investigation into the arms deal," said Feinstein.

The Right2Know campaign added its voice, stating that it was angered and shocked at the extent to which the commission went to cover up the truth despite court findings against Shaik and ANC luminary Tony Yengeni, who benefited from the deal.