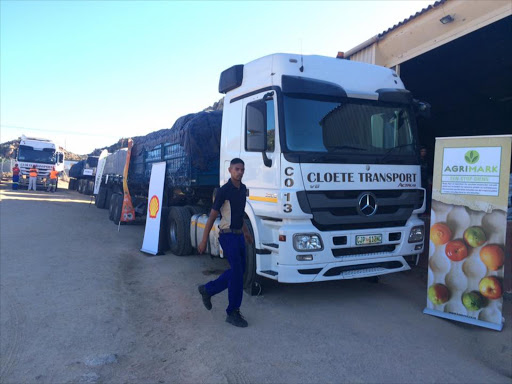 Shell has donated R1 million to Agri SA’s Drought Relief Fund. This donation comes at a crucial time as livestock farmers in severely drought stricken areas struggle to keep their animals alive and grain farmers begin their planning for the coming season.

The funds donated by Shell will go towards supporting farmers in Springbok and surrounding communities in the Namaqualand region of the Northern Cape.  This region has been severely affected by the drought and commercial as well as small scale farmers are struggling to save their animals.

Johannes Möller, president of Agri SA, says they have been assisting more than 12 000 farmers and over 8 657 farm workers and community members so far this year with drought relief in severely affected areas, through the contributions received by members of the public and various companies, like Shell. “All farmers are affected by the drought – commercial, game, small-scale and red meat producers. In the recent past, the Limpopo province was also declared a disaster area and now even more donations will be required to bring relief through the winter months."

Anton Niemann - General Manager Sales: Commercial Lubricants at Shell explains, “throughout Shell’s 113-year history in South Africa, agriculture has always been a key part of our business focus. We are extremely proud to have been associated with agriculture for all these years and we realize how important a productive and effective agriculture industry is for the well-being and food security of our country.

“One of our core values as a business is caring for the environment and people where we have operations. This gesture, demonstrates our appreciation for the agricultural sector which has been a strategic partner to Shell SA over several years.”

South Africa continues to face one of the worst droughts to hit the region in 20 years. Many small farmers are expected to go out of business as food production and prices increase. Niemann says although government has contributed a significant amount toward drought relief the public sector cannot address this dire situation alone and additional support from the private sector is crucial.

This content was paid for by Shell. It does not involve Times Media journalists.