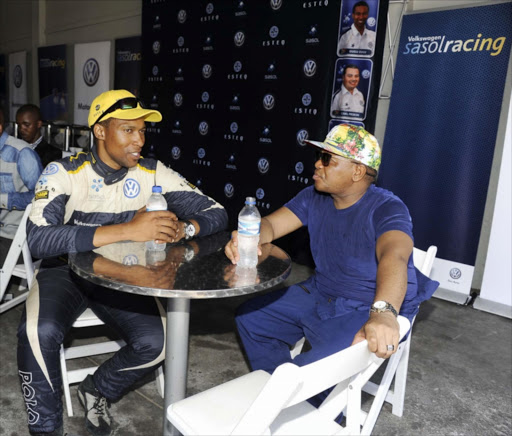 A file photo of Gugu Zulu with the Minister of Sport and Recreation Fikile Mbalula at the annual Volkswagen Rally Day at Zwartkops Raceway on November 25, 2014 in Pretoria.
Image: Gallo Images

Zulu, who was one of the Trek4Mandela climbers, reportedly experienced problems breathing.

"The medical team supporting the trek put him on a drip and they descended the mountain with him. We are informed that the medical teams tried everything possible to save his life," the foundation said

In a statement, Mbalula said he was shocked and saddened by the news.

"South Africans knew him as a great talented motor sport athlete who excelled on the race course. I also knew him as a friend who was warm and kind. His family knew him as a loving husband and father.

"Gugu was part of the Trek4Mandela team that attempts to summit Kilimanjaro in support of young girls from disadvantaged communities. He passed on while on a mission to help others and that made him a selfless South African many should emulate.

"Gugu was young and still had a lot to offer our country. South Africa is poorer without him."