Guest house owner Andre Slade – who provoked outrage by saying that whites were superior to blacks – wants the Constitutional Court to help his Slovakian partner who is in jail facing a charge of being in the country illegally. 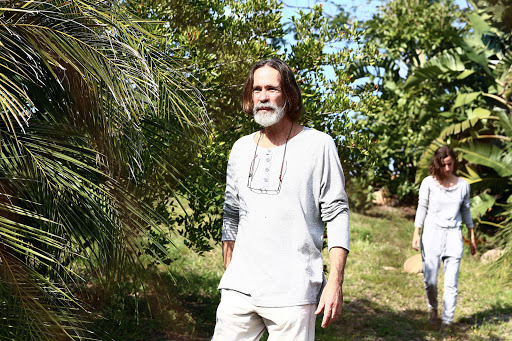 Katarina Krizani was arrested on Thursday‚ August 18‚ and appeared the following day in the uBombo Magistrate’s Court in KwaZulu-Natal for allegedly contravening the Immigration Act.

Slade said on his blog that she was not granted bail in a second appearance on Monday and is being detained in a holding cell.

“Got to see Her at about 7h00 in Mbazwana‚ a bit smelly by now as there is no water in Jail‚” he wrote.

“She laughs because the Police escort told her to stand outside the car. Her spirit is very positive. She told Me that a policeman was remarking about what an idiot I am. We get a lot of that these days. We spoke on the phone at 11h00 and I was able to inform her that the Constitutional Court has acknowledged receipt of the Urgent Appeal.”

Slade caused a furore earlier this year when he refused to accommodate black guests at his property in Sodwana Bay. The backlash was swift and fierce. Close to 2000 African National Congress Youth League members gathered outside the guest lodge to protest.

Pointing to a spot just above Krizani's forehead‚ Slade told journalists: "That is a crown. The hair does a twirl. You guys don't have that. This is a crown that God gave us."

He insisted that he was not racist‚ but claimed at the same time that "God's word" said whites were superior to blacks. Slade was forced to close the guest lodge.

Describing his partner’s incarceration‚ he wrote in his blog: “She is in a cell with two females. The one is … currently in the news for wanting to sell an albino child to a Sangoma (traditional healer) for body parts. It sounds like she is making the best of it.”

Slade said that he had emailed an urgent appeal to the Constitutional Court on the day of his partner’s first court appearance last week.

He maintains that their rights to freedom of religion‚ freedom of expression and freedom of association are being violated.

The couple have also been charged with crimen injuria‚ he confirmed.

“We have proven beyond any doubt that We are Hebrews. That means that We go by God’s law. Therefore‚ the legal system in operation at present only addresses corporation employees and management and does not apply to Us‚” he wrote.