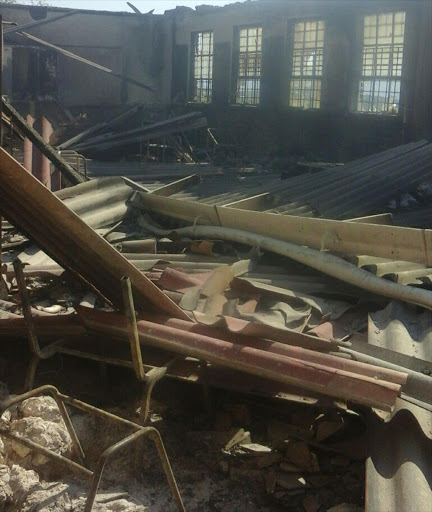 Protesting pupils have completely destroyed a Ngqeleni school after demanding a matric farewell.

School governing body chairman Jongimvula Hohlo said they were shocked at the conduct of the pupils. “Pupils were supposed to start with trial examinations today‚ but by the look of things that will be impossible.”

The protest at the school started on August 19 when Grade 12 pupils demanded a farewell.

Hohlo said there was a meeting with parents and pupils on Tuesday‚ at which it was agreed that the farewell would take place on October 19. “We thought we understood each other. We are very shocked that the school has been burnt down‚” he said.

Hohlo said they were now waiting for the Department of Education to give them a way forward.

Grade 12 pupil Zimkhitha Gxala said on Wednesday that not one teacher had arrived at the school. “We were supposed to be writing today and with the way things are at the moment it all seems impossible‚" she said.

“All schools have an open-door policy. Therefore‚ pupils are always encouraged to use those channels to address their grievances.”

Police spokesman Lieutenant-Colonel Mzukisi Fatyela said a case of arson has been opened and no arrests have been made.