Taking it all in: Brand bosses in your head 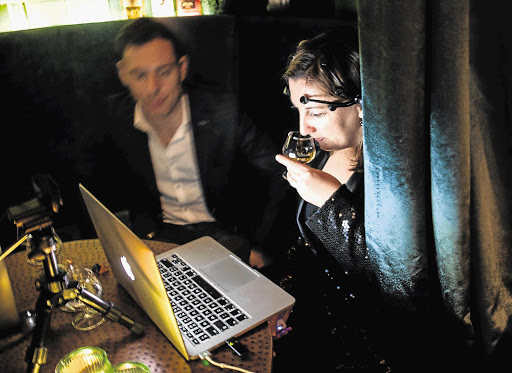 These days, marketing companies know more about you than your own sainted mother.

They stalk you on social media so they know you like showing people pictures of your Starbucks cappuccino and that you click "like" on anything related to small dogs with big eyeballs. They even know that, as a general rule, you like to party in Braamfontein with bloggers known for wearing floral prints. All of this allows them to sell you stuff with the precision of a laser-guided missile.

Thanks to a company called Neural Sense, they now have an even more surgical way to peddle you things that you probably didn't even know you wanted, something called "neuromarketing".

Based in Cape Town, Neural Sense uses neuroscience, brain mapping technology and marketing witchcraft to sniff out your underlying desires.

"Traditional marketing techniques generally rely on surveys and the like. The problem with that is that it doesn't really get to the depth of people's decision-making processes," said Neural Sense director Mark Drummond.

According to him 90% to 95% of our decisions and their underlying causes occur at a subconscious level.

"We like to use the analogy of an iceberg in that traditional techniques often only skim the surface. We [as consumers] are bad at articulating our responses to things but good at justifying our responses after the fact. We cut through that."

As a discipline, neuromarketing is still relatively new. It emerged 10 to 15 years ago and has primarily made a home for itself in the US and Europe. In South Africa there are very few companies plying their trade as neuromarketers.

Sitting in a secluded booth at Gentlemen's Arthouse, in Newtown, Johannesburg, I got a chance to see neuromarketing in action at a demonstration. The curious got a chance to wear one of the strangest hats you will ever see. The device features a number of nodes attached to various parts of the skull and three bands that are wrapped around the fingers. It measured a number of neural and physiological responses to a blind brandy tasting. The responses included emotional arousal, heart rate, sweat output and body language.

Drummond said that there are a couple of key areas the company looks at when conducting its research. These include psychophysiology to measure emotional arousal, neurophysiology to measure the brain's response to stimuli, and body language. From those factors the company is able to draw a more accurate picture of how consumers engage with a brand than by traditional means.

All of this means that, in the near future, there is a high likelihood that marketers will know you even better than your therapist. This is not nearly as bad as it sounds. Soon all those pesky conscious biases that tricked you into buying that crappy wine will be neatly sidestepped in favour of the box wine you've always liked.