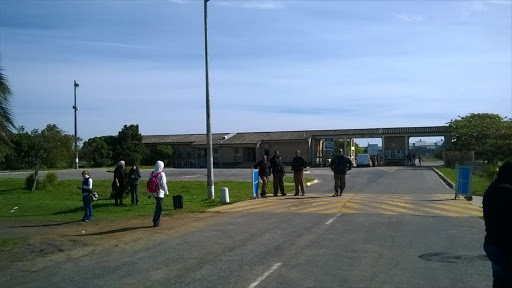 According to correctional services officials‚ Hewitt arrived before 7am on Tuesday and will be placed in a special section reserved for elderly and frail prisoners.

Twiggy Theresa “Twiggy” Tolken‚ one of Hewitt’s victims‚ was pleased with the final outcome after Hewitt had tried “everything and anything at his disposal to stay out of jail”.

“This is a good lesson for people out there that you will eventually have to pay for what you’ve done‚” she said via Women and Men Against Child Abuse.

“I know there have been comments that he is so old. Yes‚ maybe he is old and he’s going to be maybe serving six years in prison‚ but don’t forget the fact that when this happened to me I was 12 and I’ve lived with this for the last 35 years and it’s something I will never forget.

“My sentence for having to live with this is a lot longer than his.”

Women and Men Against Child Abuse director Miranda Friedmann was at the facility on Tuesday morning.

“This is no holiday camp‚ this is a proper prison and it is the punishment he deserves for his crimes. He did everything he could to evade justice. Today proves that he couldn’t. I hope this acts as some comfort and some small victory for those who suffered at his hands‚” she said.

The court rejected Hewitt ’s challenge on the grounds that it lacked prospects of success‚ meaning the former tennis great had exhausted all legal avenues of appeal.

Prior to lodging his appeal at the Constitutional Court‚ Hewitt had a similar application rejected by the Supreme Court of Appeal in June.

Hewitt‚ 76‚ had been convicted on two counts of rape and a charge of sexual assault of minors‚ and sentenced to six years.