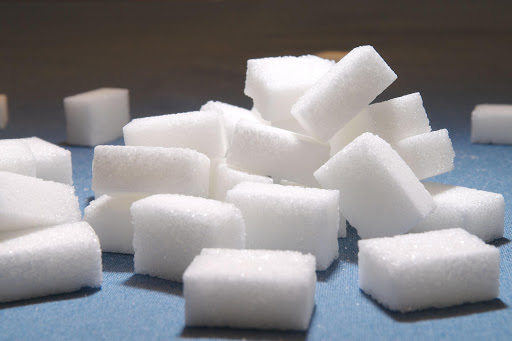 Eating too much sugar may wreak havoc on your heart, a new US study finds.
Image: ©Loris Eichenberger/shutterstock.com

Which are the foods that are making South Africans fat?

This is the question the SA Sugar Association wants the government to answer before rolling out its tax on sugar-sweetened beverages.

Yesterday the association's chairman, Rolf Lütge, said the government's targeting of one ingredient of a food group, sugar, would not reduce obesity.

The association is proposing that a study of the typical diet of South Africans be the first critical step in dealing with obesity.

The proposal is contained in the association's submission to the government on sugar taxation.

A study by North West University's School of Biokinetics, Recreation and Sport Science last year revealed that nearly two-thirds of the population was overweight and South African children had the third-highest obesity rate in the world.

"The question is often asked: 'Does sugar in fact cause obesity?'," said Lütge. "The Treasury might argue that the introduction of a tax on sugar-sweetened beverages will result in reduced obesity but there is no scientific evidence for this."

According to the Treasury's policy paper on taxation of sugar-sweetened beverages, a tax of 2.9c per gram of sugar on all sweetened drinks except 100% fruit juices will come into effect in April.

The Sugar Association's vice-chairman, Suresh Naidoo, said: "The government should look at the cause of obesity holistically.

''We are asking for the implementation of the tax to be postponed until a full assessment has been made of the cause of obesity and non-communicable diseases in South Africa."

The debate over a sugar tax, which could raise an estimated R14-billion for the government, comes at a time when the sugar industry is facing huge losses because of the drought.

Should the implementation of the sugar tax go ahead, the industry would lose about 170000t of sugar sales.

This would result in thousands of job losses, the association said.

Lütge said parts of the sugar industry were facing collapse.

"The fact that there are two sugar mills that are not operating at the moment speaks volumes on the milling side of things.

"We are extremely concerned about any negative effect on our industry from any part of the business."

The Treasury has not responded to the Sugar Association's proposal.

LIVING WITH A PARTNER HELPS KEEP YOUR WEIGHT DOWN

Living with a partner can halve the risk of becoming overweight for people at risk from unhealthy lifestyles, new research suggests.

A study of patients with type 2 diabetes revealed that those who cohabited with a spouse or partner had about 50% less risk of being above the 25 body-mass index thresholds than those who do not, regardless of their gender.

The findings suggest a second pair of eyes to guard against unhealthy eating helps diabetics control their blood-sugar levels, the researchers said.

The study by Yokohama City University tracked 270 patients with type 2 diabetes over six years. Compared to the single group of 90 people, the married group of 180 patients exhibited a significantly lower BMI, an average of 26.5 and 24.5 respectively, as well as a lower average body fat mass and lower rate of metabolic syndrome.

Among patients with type 2 diabetes, being overweight increases insulin resistance.

"These findings suggest that social supportive care is needed to help single patients with type 2 diabetes manage their body weight," said the authors.