Perfect mix of SA cricketers to face Australia in ODI 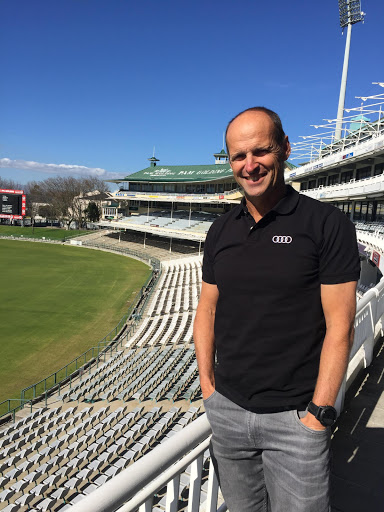 After the South African Test side’s encouraging early start to the season against New Zealand, now it’s time to learn how our one-day international (ODI) team will fare – and there’s no better way to see where the team stands than to take on world champions Australia.

I’m looking forward to see the team take on the number-one-ranked ODI side, and I’m sure they are welcoming the challenge too. It should be a great series as both teams have quality match-winners, plus any South Africa vs Australia series always seems to bring out an extra-competitive edge.

The South African team is capable of consistent high performance, but we haven’t always achieved that consistency because every time we lose a game, it creates a negative perception. That often leads to people defaulting into crisis management and looking for quick fixes, which in turn results in new players not getting the time they need to settle. We need to guard against that.

Looking at the squad for this series, there’s a good blend of new players, some more settled ones and some who are returning to the set-up, like Dale Steyn. It’s just the kind of mix you want in a 16-man squad.

I’ve always enjoyed having both youthful potential and seasoned performers in a squad, especially for an ODI series like this that’s still three years away from the next World Cup. I'm looking forward to watching some of the younger players and it’s great they have fantastic senior players around them.

As for Australia, they’ve chosen to rest a few key players, which is something international teams are going to have to do more and more in the modern game. All teams want to win games consistently, but picking the same players across all formats continuously can lead to many complications in the long term.

Cricket is like no other sport in terms of its excessive amount of travel over long periods of time. Along with all the pride and enjoyment one gets out of being an international cricketer, it comes with many difficulties that need to be respected. Managing the rotation of players through a demanding schedule is never easy, but the well-being of every international cricketer must be taken into account.

Back to the challenge at hand for the teams now, I’m expecting a tough, competitive series. Beating Australia is never easy, but I believe we’re going into this series with two teams that are pretty evenly matched. When that’s the case, it usually comes down to who plays the better, more organised cricket in the bigger moments of each game.

While this series unfolds, we should take into account all the details in our game that will be important. Winning consistently comes from having good systems and processes in place. If we focus only on the importance of every result without taking care of what sits underneath the performance, then we fall into the danger of looking for quick fixes.

If we back the systems that the team have in place, we should be on course for a successful series and summer of cricket. I believe we’re on a good path for cricket in our country. We all need to believe in it.

This article was paid for by Levergy and does not involve Times Media journalists.