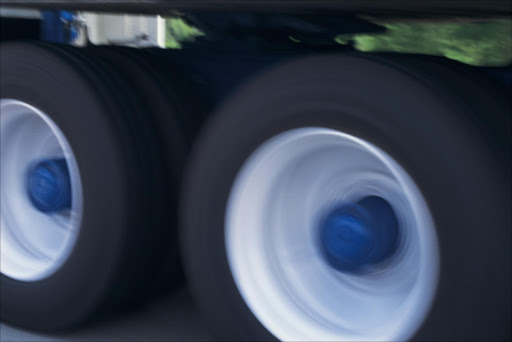 MAG Truck Spares is under business rescue and facing a CCMA dispute after allegedly announcing that it would be retrenching the majority its workforce.

CCMA spokesperson Lusanda Myoli confirmed that the complaint had been lodged. The case is due for conciliation on October 25. The company has 44 employees as its staff compliment.

Workers‚ who spoke to the Sunday Times on condition of anonymity for fear of reprisals‚ claimed the company still owed them money dating back to January.

"Since January‚ most of the high-income workers are only being paid 60% of their salaries. The company has been paying 50% of the salaries of the low-income work force since June‚" the employee said.

"People have not been paid their September salaries and now the workforce has been on short time since mid-July. The work is from Tuesday to Thursday. Management said that the company doesn't have money‚ it's on business rescue."

Pistorius confirmed the company was in business rescue and was in a process to retrench employees.

"Some of the salaries were behind but we have caught up. At the moment‚ economic times are difficult‚ some of our suppliers are paying us late‚" Pistorius said.

The Sunday Times understands that after the workers wrote a letter raising their concern that the company had not followed regulations of the Labour Relations Act‚ on Thursday last week the company began with the consultation process.

The act stipulates that when an employer considers retrenching workers because of operational needs‚ he or she must‚ in writing‚ consult – the people mentioned in the collective agreement; or workplace forum; and the registered trade union of affected workers; or if there is no trade union‚ the workers or their representatives.

It further compels employers to give the consulting party a written notice and information on reasons for an intended retrenchment‚ why a specific retrenchment method was used and when retrenchments will take place among others.

A business rescue practitioner Werner Cawood and a legal practitioner have since been appointed to monitor the retrenchment process.

"Unfortunately we have to retrench a few of our people and we are in the process. We are aware of the CCMA case. Our labour guys are busy with the guys [employees] at the office explaining the process‚" Pistorius said. The company had drafted an agreement in which it undertook to pay a two-week severance package per year for the first four years worked‚ and one for every year worked thereafter.

The settlement also indicates that the company will pay September salaries‚ but that the employees will not be required to report for work after September 30. However the employees refused to stay home until the retrenchment and consultation process were finalised.

The employees also argue that the settlement does not indicate when money owed to them and their packages would be paid. Cawood said that MAG Truck Spare had to go through the retrenchment process as it had been on business rescue since June 2014.

"There is a labour law attorney that is going to deal with the process. At this stage to say who is getting retrenched is premature. The process is only starting. We will meet with the employees again.” Cawood said that the consultation process with workers would continue on Tuesday.