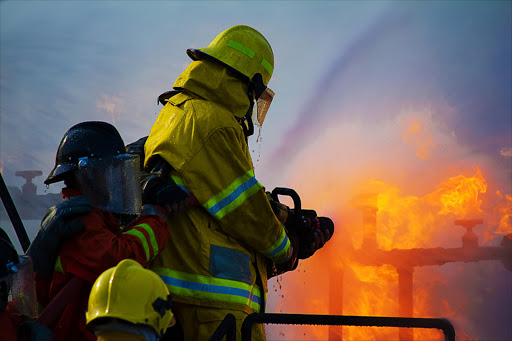 A mother has second degree burns and lost everything when her house was petrol bombed in a dispute over land between homeowners and residents of a neighbouring informal settlement in Durban.

The woman‚ who lives in the suburb of Puntan's Hill with her daughter‚ became the latest victim in an ongoing land invasion tussle in the area on Sunday night.

Homeowners say they have repeatedly come under attack in the past year despite ongoing requests to the municipality and provincial government to intervene.

The woman‚ who asked not to be identified for her own safety‚ said the attack on her home - built by her grandfather in the 1950s - came after the Land Invasion Unit was called on Friday to prevent informal residents from tearing down fences around her and a neighbour’s home - and erecting informal structures on their properties.

She said despite attempts to peacefully resolve the issue with one family in particular‚ she had to call police to intervene on Friday morning. Shortly thereafter‚ she said‚ she was threatened.

"I received a message on Friday warning me that I would be harmed and since then I didn't sleep well‚" she said.

Her dogs were restless on Sunday night. At about 10.30pm she was awoken by loud explosions and realised the furniture in her bedroom was on fire.

"They threw three bombs into my room‚ kitchen and lounge. My back was burnt‚ but I wanted to make sure my daughter and my tenants were okay. We all got to safety but unfortunately one dog died in the fire." She said they had no time to recover any of their possessions or belongings. She was taken to hospital and treated for second degree burns.

A civic leader in the area‚ who also asked not to be named‚ said a ratepayer's meeting would be held on Monday night to discuss the latest attack.

Puntan’s Hill is close to the suburbs of Morningside and Windermere in Durban.

"We have been told that we need to get a court order to prevent people from occupying our land. But who is protecting us while this happens?" He appealed to all residents in the area and surrounding areas to support them.

"We as the community need to stand together‚ united and firm. We must allow the due course of action and support any rebuilding to happen. This cannot happen again as people have now lost everything they owned. This could happen to anyone of us and we need to start realising that these perpetrators are a law unto themselves."

KwaZulu-Natal department of Human Settlements MEC Ravi Pillay said they were "concerned" to hear about the extreme distress caused to the family after the petrol bombing.

"No resident should suffer this kind of trauma. As government‚ we are arranging a co-ordinated response between our department‚ the municipality and the department of safety and security. We understand that this is a complex terrain as the informal settlement is a major feature of the city however this is unlawful criminal conduct which affects the constitutional rights of our citizens."

Pillay said while the demand for land was a serious one‚ he realised that it could have an impact on social cohesion and callled for "cool heads" in the aftermath of the attack.

Pillay said a representative would attend the meeting on Monday night.