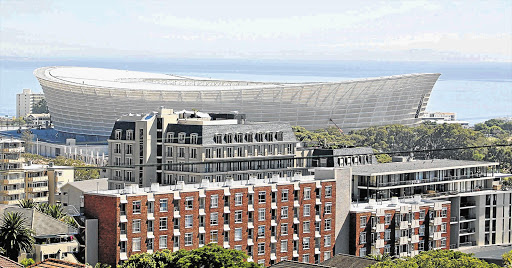 The City of Cape Town is pulling out all the stops to turn around its loss-making World Cup stadium in Green Point.

A plan to establish a new city-owned entity to manage the stadium was announced at the weekend, shortly after the city council called for comments on its plan to lease space for offices, shops, storage and parking bays at the stadium.

A public participation process is open for both plans.

The plan to allow for businesses to operate on non-game days was mooted two years ago when the city council asked for ideas to turn around the stadium's fortunes.

"The basement parking space has been valued at about R1000 per bay per month and R500 per bay for designated retail parking," Neilson said.

The municipality has already issued a lease for a site near the stadium on Granger Bay Boulevard, which will see construction projects valued at R600-million.

"Such a development will also support the overall commercialisation of the stadium precinct to the benefit of further investment and job creation for the people of Cape Town. The city also wishes to enhance public use of the space," said Neilson.

The new entity, which will have the city council as its sole shareholder, will have an independent board to run its affairs.

"The municipal entity will be tasked with appointing a specialised service provider whose primary function will be the commercialisation of the stadium to increase its use and financial viability," said Neilson.

Capetonians have until December 12 to comment on the proposed entity.

"We actually don't care what they do with the stadium ... as long as they can make it self-supporting and self-paying," she said.

But she cautioned the city not to sell any more land on Green Point Common under the guise of making the stadium profitable.