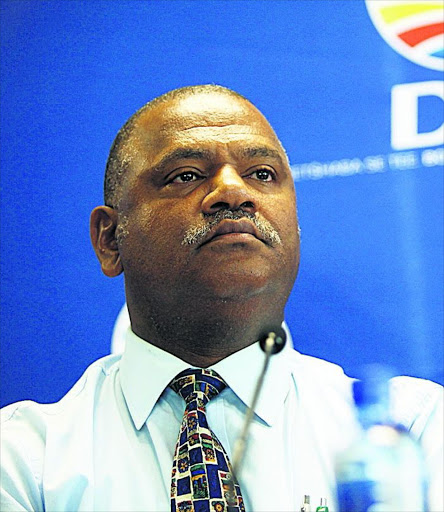 A former Cape Town mayor's drag-queen informant was arrested in the early hours of yesterday morning.

Last week The Times reported that Hendricks had booked into a guesthouse in Groot Brak in September. The owner of the establishment, Jacques de Bruyn, said Hendricks failed to pay his R87000 bill and Plato got involved.

The former Cape Town mayor confirmed he had told Hendricks "he would see if he could assist him" with the payment.

Williams would not say where Hendricks was being held "for security reasons". According to the Weekend Argus, Hendricks was sentenced to 12 years in prison for, among other things, threatening former public protector Lawrence Mushwana in 2005.

Williams said his 2014 parole conditions stated that Hendricks may not change his residential address without consent.

"The offender eluded the department since 28 August 2016 and we were unable to monitor his movement as required while on parole. His whereabouts were unknown until his arrest," said Williams.

"He now faces charges of absconding and a case was opened against him ... He is required to serve the remainder of his sentence which amounts to 325 days."

Yesterday, when asked whether Plato knew Hendricks was on the run, he said: "I have been talking about Sylvano Hendricks the whole week and talked extensively since last week to journalists and this must now come to an end. I don't want to enter any further discussions regarding that."

De Bruyn said Plato knew Hendricks had been at the guesthouse.

"Every day [Hendricks] had contact with [Plato] and told him: 'Minister, I am safe, don't worry about me'," said De Bruyn, who claims to have telephone records to prove this.

Plato said premier Helen Zille had discussed the matter with him last week.

When asked whether Zille had taken steps to end the relationship between Hendricks and Plato, her spokesman Jamie Turkington said: "We understand that Minister Plato has already provided you with a full response to your query, and there is nothing further to be said on the matter."